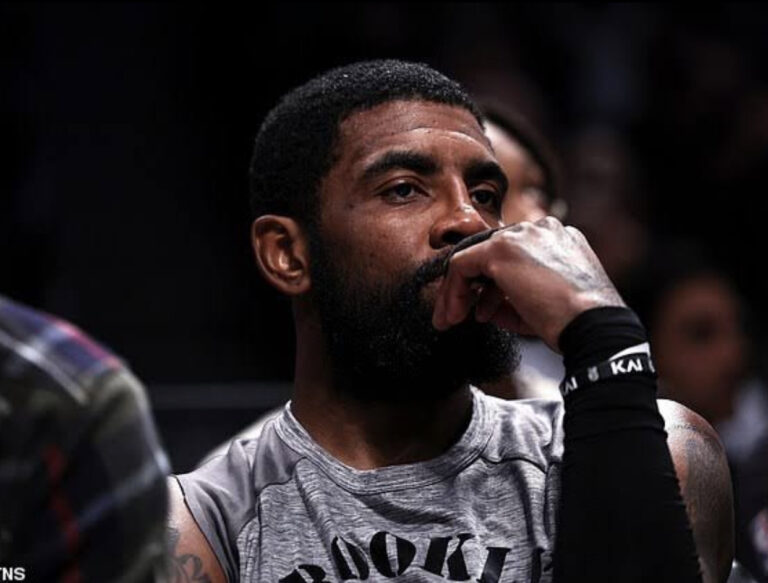 Nike suspends partnership with Brooklyn Nets’ Kyrie Irving after backlash over an anti-semitic video the NBA Player posted along with his recent comments.

After a week of tumultuous press surrounding Kyrie Irving sharing an antisemitic video and then refusing to answer reporters’ questions, he finally apologized. The apology came after the Brooklyn Nets suspended Kyrie for a minimum of five games.

Sean Marks says Kyrie’s apology last night was a good first step but the organization wants him to take some more steps, which includes meeting with Jewish leaders before playing for the Nets again.

Even with Kyrie Irving finally giving an apology that satisfied the NBA and the Nets, Nike on the other hand had already made a decision on their future with Kyrie.

Despite the apology, Nike decided to go ahead and pull the plug on its partnership with Irving.

“At Nike, we believe there is no place for hate speech and we condemn any form of antisemitism. To that end. we’ve made the decision to suspend our relationship with Kvrie Irving effective immediately and will no longer launch the Kyrie 8. We are deeply saddened and disappointed by the situation and its impact on everyone.” Nike said in a statement.

The relationship with Nike and Kyrie Irving was far from perfect with rumors circulating the sneaker giant wouldn’t renew his contract. And unlike Adidas dropping Kanye West and planning to release sneakers without him Nike will no longer release the Kyrie 8.