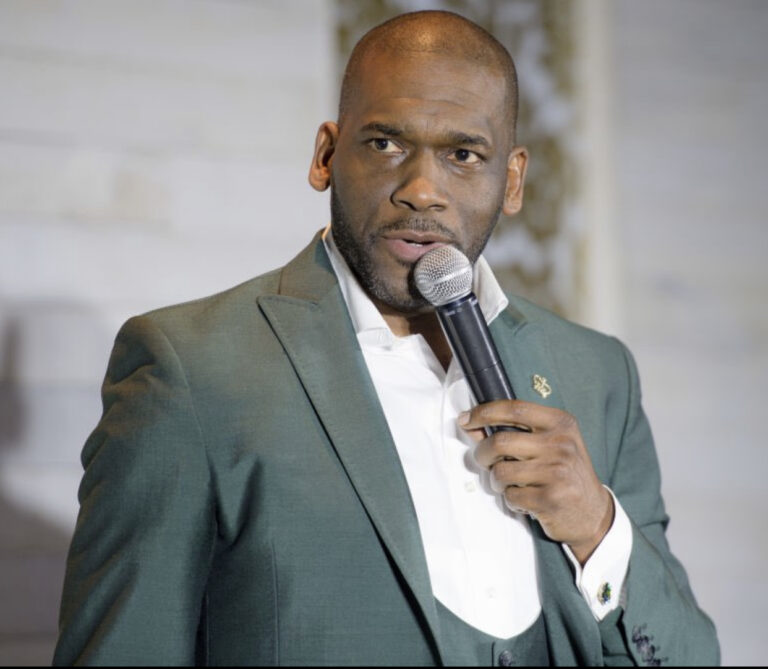 Jamal Bryant, the senior pastor at New Birth Missionary Baptist Church near Atlanta, revealed a fresh idea when talking about his attempts to share the gospel to various categories of people: encouraging cannabis production.

During a guest interview on Cool Soror with Rashan Ali, the pastor—who has appeared on The Real Housewives of Potomac with his ex-wife, Gizelle Bryant—made his disclosure.

In the podcast’s latest episode, which premiered on Wednesday, Jamal spoke on how he’s “leading in this effort to try to change the narrative” surrounding churches’ stances on social matters.

Jamal Bryant proceeded to outright declare that he’s “after people who don’t go to church,” unlike some other religious leaders.

“I’m mindful that I’m not after Christians. I’m after people who don’t go to church. A lot of churches are just recycling people from other churches. That’s not who I’m after.”

He then elaborated on this by making quite the proclamation.

In response to host Rashan Ali’s visible shock, the pastor explained his position.

“New Birth is the largest land-owning Black church in America, and so my position to my deacons is, ‘Why aren’t we not raising cannabis?’”

Jamal Bryant went on to list the different reasons why he thinks the church diving into this new area can be beneficial.

“I’ll be able to bring in Black males. They’re able to do it legally. I’m teaching them farming. I’m helping them to enhance the ecosystem. This is the kind of conversation. So if the guy, Black boy, in Bankhead said, ‘They growing weed at the church? Where do I join?’ I don’t need no pamphlet for him. He coming in! And that’s the group that I’m going after.”

A point to note, however is that marijuana laws in Georgia are much different than in other places, like California, Colorado, or other states where recreational cannabis use and cultivation are legalized.

Even when it comes to medicinal cannabis, the Georgia Department of Public Health outright states, “Georgia’s law is much more limited than some other states’ medical marijuana laws.”