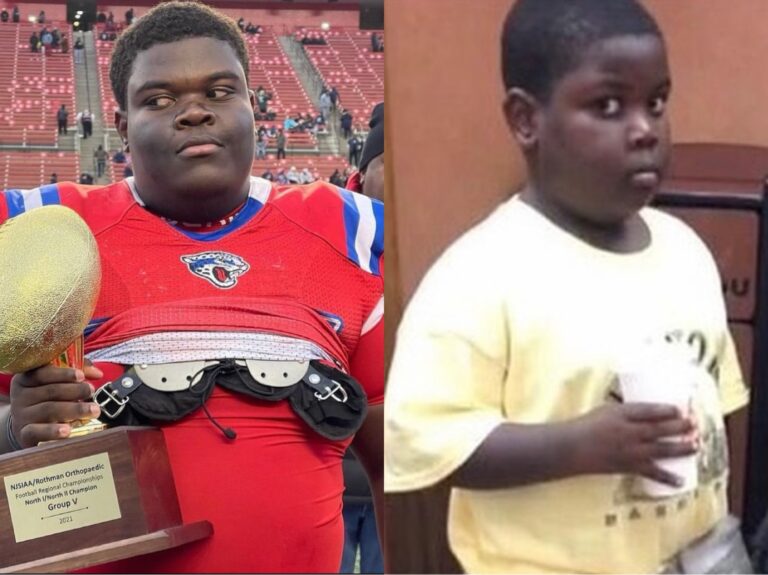 The awkward young “Popeyes boy” who instantly became a viral meme in 2013 is now a grown man, and the 18-year-old has just signed a name, image, and likeness deal with the well-known fast food chicken company for college football. The NIL deal is a brand sponsorship agreement for NCAA athletes, and Popeyes signed Dieunerst Collin to one, according to USA Today.

When Collin’s cousin uploaded a video of him to Vine in 2013, it catapulted him to stardom on the now-defunct social video sharing platform at the age of nine.

His current height and weight are 6 feet 1 and 330 pounds, respectively. He plays offensive line for the Division II football team at Lake Erie College in New Jersey. Collin declared that he will promote“that business like crazy” in honor of his childhood love of Popeyes.

“Only thing I can say is that I will be promoting that business like crazy. I actually love Popeyes myself,” Collin wrote.

Alot of people recognize the high school football standout from his viral internet video, where his cousin turns the camera on Collin and tells the boy to “say oooh (Terrio’s catchphrase)…. Ooh.”

Collin’s legendary eye-roll perfectly captured his incredulousness of the situation as he innocently holds a Popeyes drink cup.

The meme remains one of the most popular even today.

Collin went on to say that the meme actually used to make him uncomfortable, to the point where he said he didn’t even want to walk outside again.