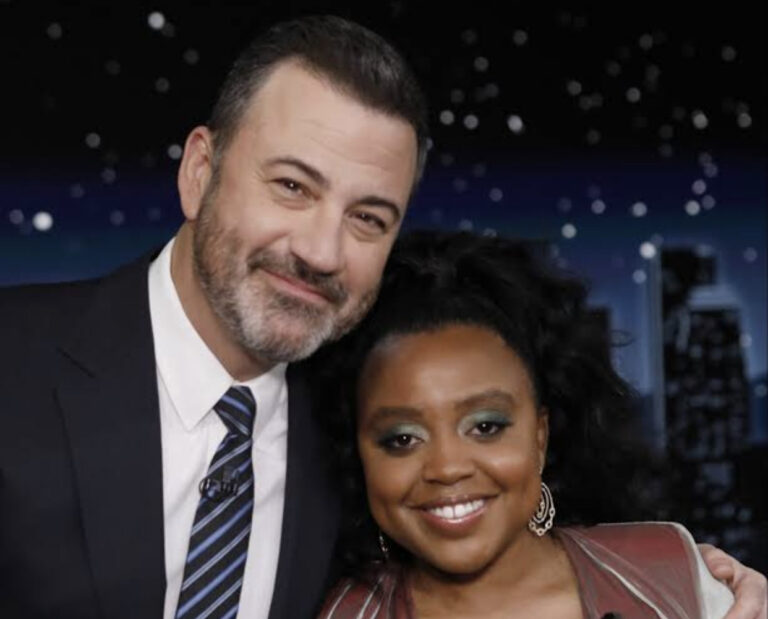 Jimmy Kimmel publicly apologized to Quinta Brunson on his most recent edition of his show a few days after receiving a great deal of backlash for his controversial moment at this year’s Emmys. Quinta Brunson was invited on the show by Jimmy Kimmel to clear the issue, and he immediately apologized, saying her he was “very sorry.”

Quinta Brunson recently won an Emmy for Outstanding Writing for her hit series “Abbott Elementary,” and while she is still in high spirits as a result, many people are still furious with Jimmy Kimmel’s actions during her acceptance speech. Kimmel publicly apologized for his “stupid comedic routine” that clearly went wrong after becoming aware of the ferocious online backlash.

“People said I stole your moment. And maybe I did, and I’m very sorry if I did do that. I’m sorry I did do that, actually. And also, the last thing I would ever want to do is upset you because I think so much of you. I think you know that. I hope you know that,” Jimmy Kimmel told Quinta Brunson in front of his live studio audience.

Meanwhile, Quinta is gearing up for the season two premiere of ‘Abbott Elementary’ which debuts on ABC on September 21st.