R. Kelly Sentenced To 30 Years In Prison For Sex Trafficking And Racketeering 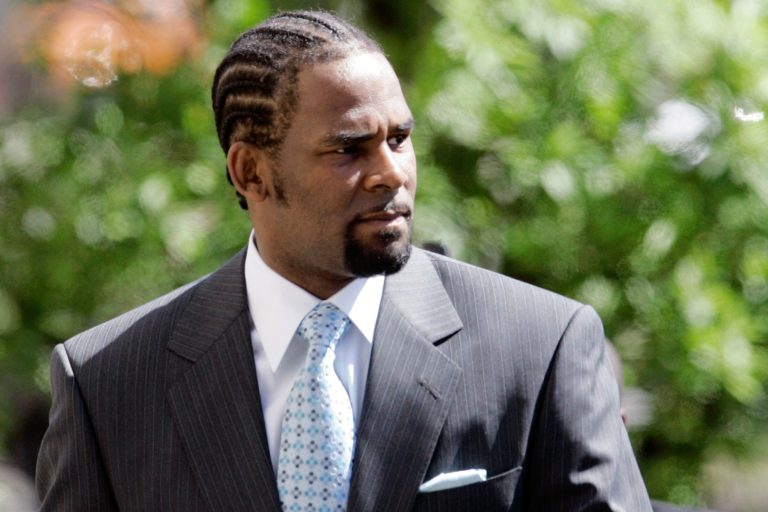 R&B legend R. Kelly has been sentenced to 30 years in prison today, Wednesday, June 29, months after being convicted on all nine counts in a high-profile sex trafficking case.

After several of R. Kelly’s victims angrily addressed the convicted sex offender at the hearing, U.S. District Court Judge Ann Donnelly handed down the sentence in a Brooklyn courtroom. Donnelly didn’t mince words as she hurled the book at the once-adored performer.

“You were a person who had great advantages worldwide fame and celebrity and untold money,” she said. “You took advantage of their hopes and dreams, holding teenagers in your house, trapped. You were at the top of your organization and you raped and beat them, separated them from their families, and forced them to do unspeakable things.”

Victims who testified in court on Wednesday said they had lost hope and barely had any will to live during their time under R. Kelly’s control. “You degraded me, humiliated me, and broke my spirit,” a woman identified as Jane Doe No. 2 said. “I wished I would die because of how you degraded me.”

The victim recalled an incident when she was compelled to have oral sex with the music star “after you played basketball, in a car full of your friends.” “Do you remember that?” she chastised Kelly, who was dressed in olive prison scrubs over a long-sleeved white shirt and a black mask.

“You couldn’t care less. I avoided your name and your songs and suffocated with fear. What you did, left a permanent stain on my life.” When the victim noticed Kelly talking to one of his attorneys, she paused for a moment and sarcastically apologized, “I’m sorry, I don’t want to interrupt your conversation.”

“You are an abuser, shameless, disgusting,” she added. “I hope you go to jail for the rest of your life. I feel sorry for you.”

Kelly, 55, was convicted in September of racketeering and violating the Mann Act, a law that prohibits transporting people across state lines “for any immoral purpose.”

The sentence was longer than the 25-year sentence sought by federal prosecutors in a letter to Donnelly earlier this month. Jane Doe No. 1 sobbed in court, saying she had spent years believing Kelly would never face justice.

“I once lost hope in our justice system but you restored my faith, it’s a constant battle and I no longer live in silence. It is inhumane to endure sexual assault, sex trafficking, it is modern-day slavery in plain sight.”

“Thankfully these brave victims and true survivors will be heard forever, while Mr. R. Kelly will be left alone in a jail cell in silence for many many years to come,” Francis said. “It’s comforting to now know that that only loud noise he’ll hear every day is his prison cell door slamming shut behind him.”

Kelly’s lawyers argued in a separate memo that a sentence of more than ten years would be “greater than necessary.”

“He has contributed to society with music and his generosity and he has people who love and support him,” defense attorney Jennifer Bonjean said in court on Wednesday.

“He maintains his innocence and he is not calculating and cunning. Mob justice is in vogue, but this court must distinguish between boorish behavior and criminal.”

Prosecutors claimed Kelly was a serial sexual predator who abused young women, as well as underage girls and boys, for more than two decades, during the trial, which focused on the allegations of six people. Prosecutors accused him and his entourage of running a criminal enterprise that recruited and groomed victims for sex, arranging for them to travel to concerts and events across the United States.

Kelly was also accused of detaining victims in hotel rooms or his recording studio, controlling when they could eat and use the restroom, and forcing them to follow various “rules,” such as insisting on them calling him “Daddy.”

Attorneys for the singer, born Robert Sylvester Kelly, attempted to portray his accusers as “groupies” looking to capitalize on his fame and take advantage of the #MeToo movement. He pleaded not guilty to all charges and did not take the stand in his own defense.

The convictions and Wednesday’s sentence were also a watershed moment for Black women, who have too often had their allegations dismissed or not taken seriously, according to U.S. Attorney Breon Peace.

“These are the voices of mostly black and brown women and children that were heard, and believed, and for whom justice was finally achieved,” Peace said.

The Grammy-award-winning R. Kelly, best known for the 1996 hit “I Believe I Can Fly,” was widely regarded as one of the kings of R&B in the 1990s and 2000s, and was widely credited with helping to redefine the genre.

However, the rise of #MeToo aided in increasing scrutiny of his behavior behind the scenes. The Lifetime documentary series “Surviving R. Kelly,” which aired in 2019 and featured testimony from several accusers, fueled calls for him to face legal consequences.