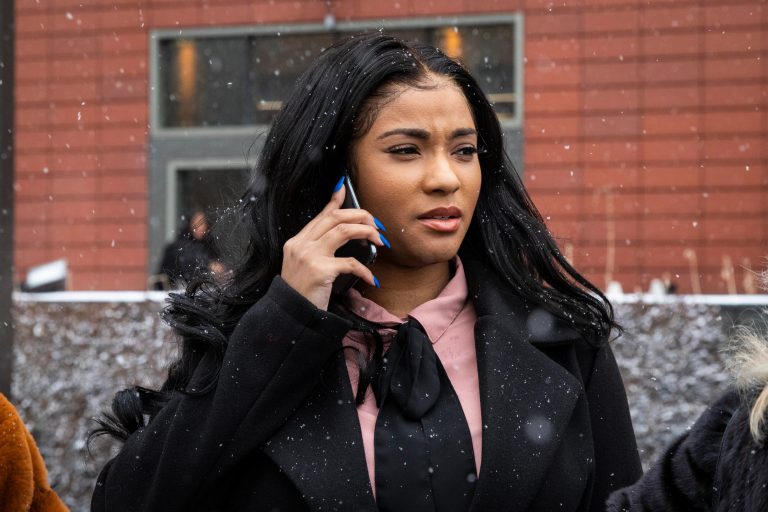 Kelly was sentenced to 30 years in prison for racketeering and sex trafficking charges, so the letter clearly did not work.

Thank you for the opportunity to share my experiences with Robert Kelly. My name is Joycelyn Savage, and I’m Robert Kelly’s fiancé. I’m writing this letter in support of Robert in advance of his sentencing, so I can explain to the court that I’m not the victim that the government has portrayed me to be.

My relationship with Robert is amazing. He’s the best thing that’s ever happened to me. We have a very special connection and are deeply in love.

I still support Robert to this day because I love him and will always be here to support him. Robert is not the monster that the government has described him to be. The Robert I know is very sweet, gentle, and kind. At the end of the day, he has always made sure that I’m taken care of, and any other women he was with as well.

Robert’s an all-around incredible person. He loves his music and is very passionate about that. He’s positive, outgoing, and very generous. He always takes any opportunity he can to help those in need. He’s very determined and focused on his goals, and the things that have been said about him, with me and other women being held against our will is absolutely untrue. It’s the complete opposite of who he is and what my relationship is like with Robert.

Robert and I are deeply in love and it breaks my heart that the government has created a narrative that I’m a victim. I’m a grown woman and can speak for myself which is why I wanted to provide this letter to the court.

I respectfully ask that the Court take my words into consideration when sentencing Robert. He is a great man, with a great heart and deserves to be home with his loved ones who are ready to support him.

Thank you for reading this letter,

In November 2019, Jocelyn Savage claimed she was a victim of Kelly and shared the troubling details of her abuse on Patreon, an online subscription service. Months earlier, in an interview with Gayle King on CBS This Morning in March 2019, Savage defended Kelly and stated that she was not a victim of the R&B singer.

In the documentary Surviving R. Kelly, Savage’s parents described how their daughter was held hostage by the singer and how they have had no contact with her since she moved in with him.

According to TMZ, Gerald Griggs, an attorney for Savage’s parents said, “she never made the engagement known to the family, and they’ve never even spoken about the possibility beforehand.”

Griggs said he finds it strange that Savage didn’t testify about it under oath, but rather slipped it into the letter submitted to the court. Savage’s family “strongly doubts” the engagement story and wants to reconnect with her to learn the whole truth.

They admit it’s not unusual that she wouldn’t tell her parents, Griggs said she hasn’t spoken to them since she left to be with Kelly.