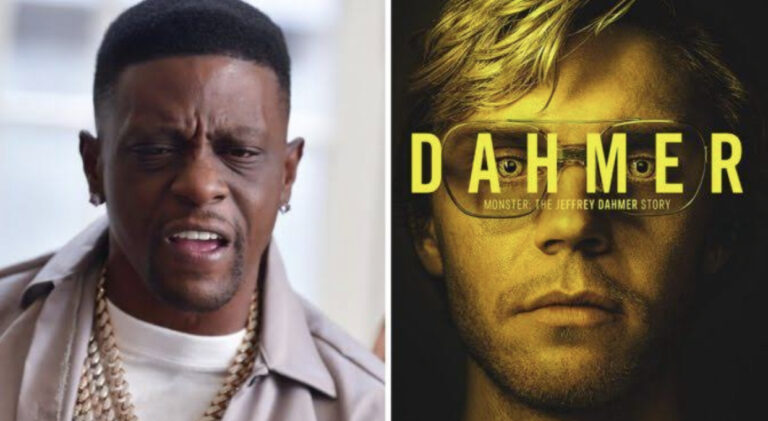 On Thursday, September 29, Boosie BadAzz gave his opinion on the online sensation brought on by the new Netflix series that focuses on the life and crimes of serial killer and cannibal Jeffrey Dahmer, who killed a total of 17 men between 1978 and 1991 in Milwaukee, Wisconsin.

“AS BLACK PEOPLE WE SHOULD BOYCOTT THE JEFFERY DAHMER MOVIE,” Boosie BadAzz wrote on Twitter. “WHAT HE DID TO OUR BLACK KIDS IS FUCKING SICK #NETFLIX TAKE THIS MOVIE DOWN ITS SICK.”

Boosie is making reference to the fact that most of Dahmer’s 17 victims were young, gay Black males who were enticed into his home, murdered, cannibalized, and kept as trophies. Reviews of the rapper from Louisiana’s pro-revolt position were conflicting.

“This is the most dumbest shxt I’ve ever heard,” one Twitter user responded to boosie’s tweet. “It’s a series that listed each and every victim and their age . why should we boycott something that mentioned their names and the horrible things that was done to them &’ 9 out 10 people never even heard of the victims.”

“I did feel uncomfortable with the movie dropping, even more uncomfortable watching it. Don’t like they Humanized Dahmer. Shout out Christopher Scarver Tho,” another person tweeted, praising the man who killed Dahmer in prison in 1994.

Boosie later followed up with a video expressing those sentiments once again and said,

Viewers noted race played a significant role in why Jeffrey Dahmer was able to kill several people before being apprehended, which sparked a discussion on social media about the entire series.

However, Boosie isn’t the first to be upset by Netflix’s new series. Netflix reportedly removed the show from under the LGBTQ tag after facing backlash. While, the families of some of the victims and some of the people portrayed in the series have also taken offense with the show.