Richest Black Man In The World, Aliko Dangote Made $4.3 Billion In 2019 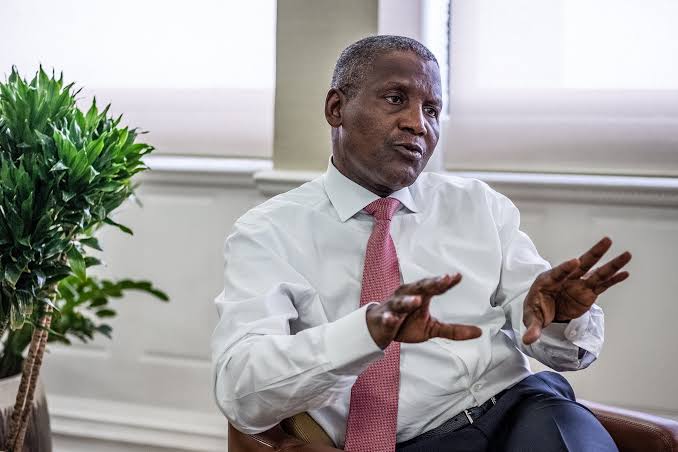 According to the Bloomberg Billionaire Index, Aliko Dangote has added $4.3billion to his wealth in the year 2019. In addition to this great achievement, the richest man in Africa made almost $15billion from the year 2009 to 2019, placing him on the 96th position on the list of richest people worldwide.

These figures show that Dangote is not only making strides in Africa but also making great impacts at the world level. Therefore, he is one of the highly rated, emerging richest people in the world. Furthermore, his successes are proceeds of his investment in sugar, flour and cement production. His cement factory alone, which is considered the largest cement factory on the continent accounts for more than a fifth of the entire stock exchange value of Nigeria, which is the biggest economy in Africa in terms of nominal GDP.

It is estimated that the total wealth value of the richest man in Africa, is estimated to increase massively. Aliko Dangote is about to add a fertilizer factory and one of the world’s largest oil refineries to his group of companies. The facility according to the project managers, has the capacity to handle the refinery needs of Nigeria and take up other extra projects.

The entire project is estimated to cost $15billion. $10billion will be invested in the refinery; and $2.5billion will be used to build pipeline infrastructure for foil transportation. The remaining $2.5billion invested in fertilizer production. The facility, which will be built and operated in Nigeria, is expected to cover a land area of 6,180acres. The refinery has the capacity to recruit as many people as possible.

This black man is steady making the black nation proud. His innovations are providing massive employments in Africa, hence his recognition on our platform.