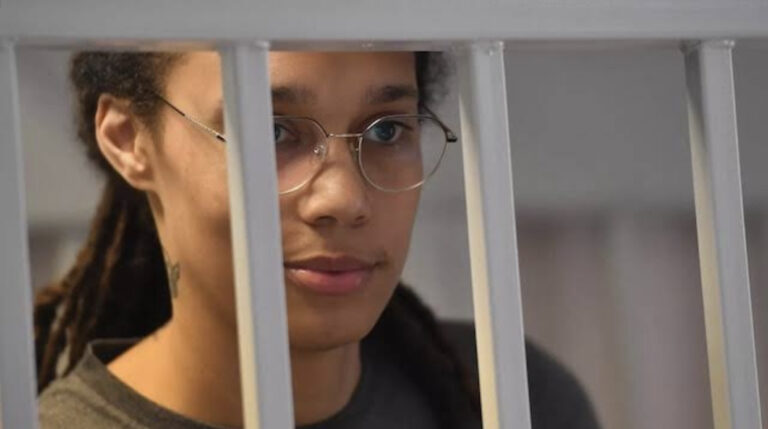 According to The Wall Street Journal, the American basketball star, Brittany Griner, had her appeal rejected as a final  effort to get her free from her 9-year prison sentence on possession of hashish oil conviction.

The U.S. diplomatic ambassador Elizabeth Rood made mention of a minor change that the court made to Brittany Griner’s sentence:

“The appeals court made a slight reduction in her sentence for time served in pretrial detention, but otherwise did not change the excessive and disproportionate sentence of nine years in a penal colony.”

The court’s three-judge panel ruled that each day that Ms. Griner spent in pretrial detention would count for one-and-a-half days served at the penal colony, but “the rest of the sentence is unchanged,” the judges said.

The U.S. has proposed a prisoner exchange with Russia for the release of Griner and another American, Paul Whelan, a corporate executive who has been detained there since 2018, two sources familiar with the matter said. The deal would include the U.S. releasing imprisoned Russian arms dealer Viktor Bout, the sources have said.

In April, Russia released American Trevor Reed in exchange for the U.S.’s releasing Russian drug trafficker Konstantin Yaroshenko, who had been sentenced to 20 years in prison.

Reed, a former Marine, was sentenced to nine years in prison in Russia in 2020 after authorities there said he assaulted a Russian police officer after a night of drinking. Reed and his family have maintained his innocence.