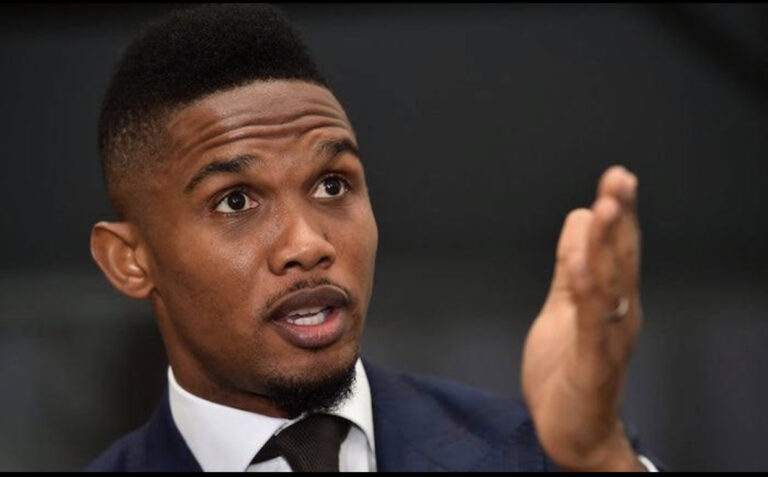 Samuel Eto’o, the president of Cameroon’s football federation, has responded to a report by Radio France International that the African nation intends to employ black magicians to improve the fortunes of the indomitable lions at the upcoming World Cup in Qatar.

The former captain of the Cameroon national team has discredited the report and challenged the French national network to back up their claims as part of Eto’o’s unwavering defense of FECAFOOT.

A stern letter requesting an apology was published by FECAFOOT, who also denigrated the media outlet.

RFI, in an article published on October 6, accused the Cameroonian FA of working with black magicians commonly known as ‘juju’ men to help them perform in Qatar.

According to RFI, a spiritualist known as Nji Ousseni, confirmed several players of the Indomitable Lions have visited his shrine for help. “As the World Cup approaches, several Indomitable Lions players are resorting to witchcraft, magic, marabouts with the aim of destabilizing their opponents. Everyone wants to be selected or to be a holder.

“Thus for important competitions such as the World Cup or the African Cup of Nations, players often call on my services to invoke the gods in order to disturb the opponent,” said Ousseni to RFI.

Cameroon’s preparations for the World Cup have not been entirely smooth after defeats to Uzbekistan and South Korea during the international break.

The Indomitable Lions have been drawn into Group G of the World Cup alongside Brazil, Switzerland and Serbia.