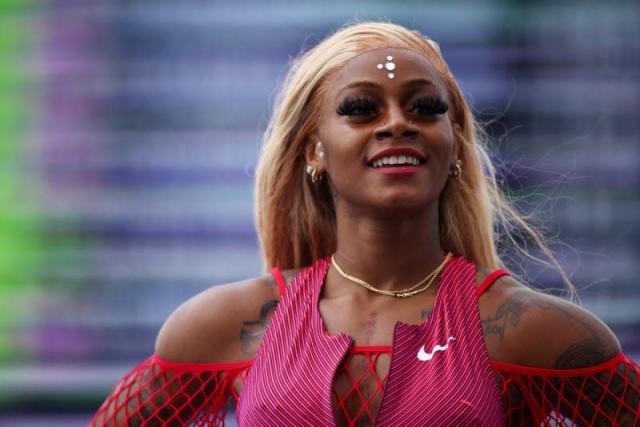 On Sunday, June 12, Sha’carri Richardson was victorious and fashion-forward at the Inaugural New York Grand Prix at Icahn Stadium.

After finishing second place in the 100 meters earlier in the day with a time of 10.85 seconds, Sha’carri Richardson won the 200 meters race with an impressive 22.38 seconds in what is the athlete’s third track meet this year. The U.S. sprinter who was made to sit out the Tokyo Olympics last summer after testing positive for Marijuana use blazed down the home straight at the Icahn Stadium in fishnets.

Richardson donned a Nike tracksuit with fishnets casing her arms and legs, blonde hair, and her signature long nails at the event.

When asked by NBC about the look, the athlete said, “I really just wanted people to know that you can be yourself, that means you wanna be sexy? You wanna be cute? You wanna express yourself in ways that nobody has before? Don’t let that stop you.”

In an interview after her victory, 22-year-old Richardson expressed her heartfelt gratitude by saying, “It feels peaceful, it feels fulfilling, I’m glad that I made the fans happy but it feels so much better being back at home within myself, my heart, my spirit, and I just want to continue to just thrive, that’s all.”