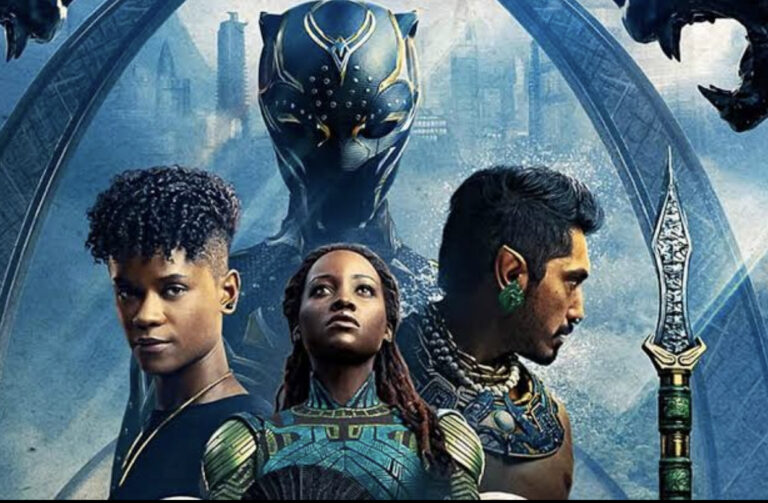 Black Panther: Wakanda Forever, one of the best movies in the MCU, is a heartbreaking story about grief, loss, and life. Many important lessons may be learned from Wakanda Forever, particularly about how people handle unexpected loss. Shuri undergoes a dramatic transformation from comic relief to a distraught sister striving to fill T’Challa’s shoes, displaying a great deal of maturity and character growth that viewers can’t help but respect.

The cast was able to convey sincere sorrow for his passing as well as portraying T’Challa’s funeral. Chadwick Boseman was still a strong presence throughout the entire movie.

The following are valuable life lessons to learn from Wakanda Forever that can be applied to everyday life and dealings with friends, family and even competitors.

1. Value the time spent with loved ones

Shuri experienced a great deal of grief throughout Black Panther: Wakanda Forever due to the tragic deaths of her mother and brother. Despite her best attempts, she was unable to save either of them, and she regretted it. She continued to lock herself away in her lab even after her brother passed died in order to escape the terrible truth of her loss.

An unexpected loss of a loved one can make death harder to deal with. To prevent regret, it is crucial for people to spend time with their loved ones. Shuri was desperate to take the new Heart-Shaped Herb after losing her mother because she wanted to be with her again, but there isn’t a Heart-Shaped Herb in reality.

The young engineer wanted by Wakanda, Talokan, and the US is Riri Williams. She was unaware that her innovation was used to find vibranium, which made her a target. The project was conceived by Riri for a completely different reason.

Since they had both heard people tell them that some things were impractical to accomplish, Shuri and they had an immediate rapport when they discussed the innovation. As a result of neither of them letting others stifle their genius, they were able to develop technology significantly.

3. There isn’t always an easy answer

Shuri sought to make peace with Talokan, but she was unable to do so since Namor was adamant about taking on the surface world. Since she wasn’t a Wakandan citizen, if she gave Riri to Talokan, not only would Riri be put to death, but Talokan could use that information to turn other nations against Wakanda.

Bending to Talokan’s demands would also make Talokan look stronger and embolden them to demand even more of Wakanda. Many Wakandans, including Shuri’s mother, were slaughtered as a result of Shuri refusing to comply with Namor’s request and being rescued from Talokan. After witnessing how stunning and tranquil Namor’s kingdom was, she was determined to find a path to peace, but there was simply no obvious solution.

4. Showing mercy is not weakness

Even though they both had become obsessed by vengeance, Shuri chose not to murder Namor. Namor was unaffected by Shuri’s remarks as he told his supporters that she felt sorry for him and his people. Given the situation, this wasn’t the case. Instead of doing so out of compassion for him, Shuri spared him because she saw the kind of monster she was becoming.

Shuri was able to stop further hostilities between their people by sparing Namor’s life and making him yield to her. Beyond pity, Shuri demonstrated her superior might by defeating him in battle and her lack of desire to see the world burn.

5. Vengeance can be consuming

As Shuri discovered when she was overpowered by her own feelings of rage and powerlessness, vengeance has the power to consume a person. She confessed to her mother that if she didn’t keep herself occupied, she would burn the entire planet and everyone in it to death.

Shuri and Killmonger, who had similar ideas in the first Black Panther film, reunited as a result of Shuri’s thirst for vengeance. Shuri was on the verge of killing Namor, but if she had succeeded, she would have never truly found peace.

Shuri cursed herself for not being able to help her mother and brother. Although she was gifted with exceptional brilliance that allowed her to progress Wakandan technology well beyond that of the rest of the world, it was insufficient to prevent the deaths of the ones she loved.

No matter what qualities a person possesses, they cannot alter their own mortality. Even the MCU gods are powerless against death. People can only learn to cope with their sad emotions after such a disaster by continuing to keep their memory alive while moving on.

7. Secrets should not be spilled easily

Even though Everett Ross owed Shuri a great deal for saving his life, he broke the law by disclosing highly classified information about the US government. He received no information in return, but he was already aware of the outcomes.

By stealing Shuri’s Kimoyo Beads, Everett attempted to hide their tracks, but they were bugged by his ex-wife, Valentina Allegra de Fontaine. She put him in jail for treason, but Okoye set him free. She may have thought this was a kind gesture, but Everett is now a criminal in the United States and may have to leave.

8. Be There for Grieving People

Everyone in Wakanda was concerned when Shuri went into seclusion. She repressed her emotions because she didn’t feel any better after following others’ recommendations. Despite recognizing that her A.I wasn’t actually company, Ramonda insisted on going to visit Shuri in her lab.

Ramonda made time for Shuri even though she was grieving. Her daughter was the main consideration in the majority of her selections. Ramonda knew saving Shuri from Talokan would be dangerous, but she did it nevertheless because Shuri was the last member of her living family.

9. There is no Infallible solution

The Heart-Shaped Herb was Shuri’s go-to remedy for the majority of her issues. She was so preoccupied with making the herb that she failed to see her brother’s final moments since she thought it would help her save him. Shuri also believed that using the herb would make it simple for her to find her mother or brother, so she became enraged and upset when she didn’t.

The Heart-Shaped Herb was never intended to be a panacea for all of life’s issues; rather, it was a weapon to aid the Wakandans in self-defense. Ramonda understood that although her people valued the Heart-Shaped herb greatly, they didn’t need to rely on it to protect themselves as evidenced when they defeated the French mercenaries.

10. It is important To be able to Choose

Namor’s mother, Fen, loved her son, which was why she didn’t want to consume the Talokanil Herb. She was coerced into ingesting it anyway, and the herb killed everyone in her tribe. Everyone was resurrected as enhanced aquatic beings who could no longer breathe air, forced to live underwater.

Fen would long for the surface world for the rest of her life. Despite the presence of Spanish conquistadores and smallpox, Fen always saw Yucatán as her home. She would eventually ask to be buried there after her death.