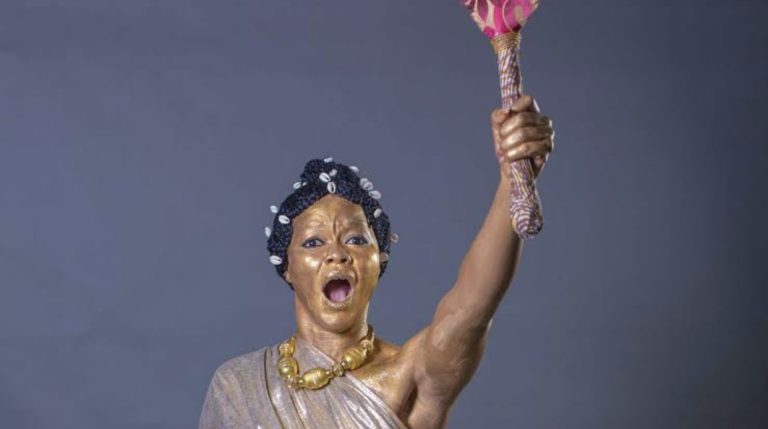 While the west was burning women who were accused of being witches and oppressing their women centuries ago, ancient Africa celebrated their women. African  Queens of centuries ago were brave warriors who fought for their people in various ways even against oppressors and the intruding colonizers. Queens like Moremi Ajasoro fought for her people and made several sacrifices to ensure their freedom.

Although there are hardly any original written documents to validate most of the narratives  about Moremi Ajasoro, We rely on folkloric accounts passed down over generations by the Yoruba themselves, this is because much of Africa’s history is documented orally and handed down from old to young.

The reliance of oral history is seen as a common limitation, when studying ancient and medieval African history, and although accounts of Moremi’s exploits are now sparsely documented in popular culture, the Yorubas have always considered folklore which is called ‘Aroba’ in the Yoruba language, as the strongest medium for teaching and preserving history, rather than written documents or wall‐​carvings. This oral medium of preserving history is a feature common to many Sub‐​Saharan African tribes.

Although the specific details as to when or what year Moremi Ajasoro was born or when she died due to the absence of written history, it is said that she was a princess from the town of Offa  and was later married to the Ooni (king) of Ile‐​Ife. Her husband was either Ooni Obalufon Alayemoye II  or Ooni Oranmiyan, who were both direct descendants of Oduduwa—the legendary founder of the Yoruba tribe and the first Ooni of Ile‐​Ife. There are also claims that Moremi Ajasoro was married to both Oonis at different times.

For us to figure out the period Moremi Ajasoro most likely lived, we will be considering the dates of some related entities.

In figuring out the time in history Moremi lived, let us look at some of these documented historical discoveries. For example, the Copper Mask of Obalufon II, which was first unveiled to the world in 1937 by Ooni Adesoji Aderemi in Ile-Ife—is believed by archaeologists to have been created around 1300 CE while Obalufon II was still alive.

And because Moremi Ajasoro was likely married to Obalufon II, We can safely assume that Moremi’s lifetime to around this period.

And even if she was actually married to Oranmiyan, who was Obalufon’s successor, the timeframe of her life would not be much further from circa 1300, and this is because Moremi’s hometown of Offa was founded in 1359 by a crown prince by the name Olalomi Olofa‐​gangan from one of the older kingdoms (Kingdom of Oyo) founded by Oranmiyan.

Yoruba Spirituality has a huge influence on the story of Moremi Ajasoro. Offa is an offshoot town of the Kingdom of Ife, Ife is the spiritual home of Moremi just as it is to people of Yoruba origin.

The original religion of the Yoruba people, which is practiced in Ile‐​Ife and throughout the old Yorubaland, was the Ifa Religion. The Ifa religion is a divination system that considers the world controlled by the Supreme being Olodumare through spiritual energies.

All Ifa practitioners including Moremi Ajasoro and the early Yoruba people and contemporary ifa adherents, communicate with Olodumare through the Orishas (gods) and the Irunmoles (deities) and as such Moremi’s quest for freedom was informed by this spiritualism.

The contributions and popularity of Moremi Ajasoro

The popularity of Moremi started while she was still a young princess in Offa and was well‐​known throughout the town and its neighboring territories as a beautiful woman. And she is still revered today as one of the most beautiful Yoruba women that ever lived.

Although Moremi made significant contributions to the freedom of her people, her life has received little scholarly attention.

Moremi Ajasoro was a queen of the Yoruba nation, one of the most famous African tribes. Her exploits helped preserve the commercial life of her people and freed them from oppressors.

There are currently over 41 million ethnic Yorubas who live in West Africa, and because of the transatlantic slave trade, large Yoruba communities have taken root in countries like Cuba, Brazil, Jamaica,Puerto Rico, and other parts of the Americas.

There are also African Americans who have traced their ancestry to the Yoruba tribe. There are also Yoruba people from Africa who have  migrated to Europe and the United States. But the Yorubas would have never survived to become a prominent black ethnic group, if it were not for the bravery of some of its early heroes, among which is the remarkable Queen Moremi.

Although there  is a gap in history between Moremi’s early life  and when she moved to Ile‐​Ife where she married the Ooni, due to discrepancies in oral history. And even if not much is known or has been revealed about what influenced her thought process to fight  for freedom, it is known that while she was a Queen in Ife, the kingdom was greatly troubled by raiders who occasionally looted the market in Ife and abducted citizens of the Ife kingdom into slavery.

These raiders also often stole properties, staple foods, and domestic animals and were believed to be from a neighboring community called Ugbo.  And although the people of Ile‐​Ife were furious about these raids, they did not have the means to defend themselves. This is because the Ugbo invaders were believed to be spirits by the people of Ife. Yoruba masquerades are always dressed in cotton robes but the Ugbo raiders who disguised as masquerades—were completely covered in raffia leaves.

Moremi grew weary of the raids and out of all the atrocities of these raiders, there were two acts that were most horrific to her. These acts were, the disruption of the Ife market and the enslaving  of captured Ife citizens.

The market in Ife was the mother of all markets in Yorubaland due to its location within the sacred Kingdom of Ife and its commercial vibrancy. Furthermore, citizens of Ife were direct descendants of Oduduwa and the Orishas and enslaving them in enemy captivity could have led to divine retributions and adverse effects on Ife.

Moremi believed that despite the mystique surrounding the identity of the Ugbo raiders, there was a way to stop them and to find the answers, she consulted an Orisha at the Esimirin river. The consultation of an Orisha while contemplating major decisions in life is cardinal to the Ifa religion. In early Yorubaland, the Orishas were the conductor of the forces of nature and an individual will hardly take a definitive course of action in life without consulting an orisha either personally or through a Babalawo or Ifa priest.

Orisha Esimirin offered to help Moremi Ajasoro deliver her people from oppression but demanded an offering as a payment after Moremi’s request was met. Moremi agreed and went home to work on a classic spy plan. She posed as a trader on the next market day and allowed herself to be captured by the raiders. Once in captivity, she planned to infiltrate the Ugbo leadership with her beauty and magic in the hope of finding a weakness that the people of Ife could exploit.

As planned, during the next raid Moremi allowed herself to be captured and she was taken to Ugbo along with other captives. When the captives were put on parade before the leader of Ugbo, Moremi’s beauty captured his attention and he ordered that she be brought to his court as a wife. Moremi spent some time in Ugbo studying the people’s way of life with a specific interest in the raffia‐​dressed masquerades.

Eventually, she lured the leader of Ugbo into revealing the nature of the masquerades and their weakness. The leader told Moremi that the raffia masqueraders were not spirits but that they were humans disguised as such to intimidate the people of Ile‐​Ife into submission during raids. He also revealed that since the masquerades were dressed in dried raffia leaves, they would not survive the slightest touch of fire. Moremi Ajasoro kept this revelation to herself and soon escaped and made her way back to Ile‐​Ife.

As soon as she got back in Ile‐​Ife, she told the Ooni about her discovery and advised that on the next market raid, some people should be on the standby with Igita (short hard tree branch) and Oguso (a ball of the middle layer of a palm kennel font). She explained that the Oguso should be lit when the marauders were in the market and that the burning Igita be used to torch the masquerades. They did exactly as she advised.

On the next market day, the torch‐​bearing people of Ife—many of who were market women, cast their burning torches at the Ugbo raiders. The prospect of being burned alive by the torches terrified the raffia‐​dressed Ugbo masquerades. The raids ended and Ife was victorious. The Yoruba people were successfully liberated by both the torch and the Moremi’s heroic and brave plan. She allowed herself to be captured, married the enemy king, just to find out their secrets and weak point. She risked her life for her people.