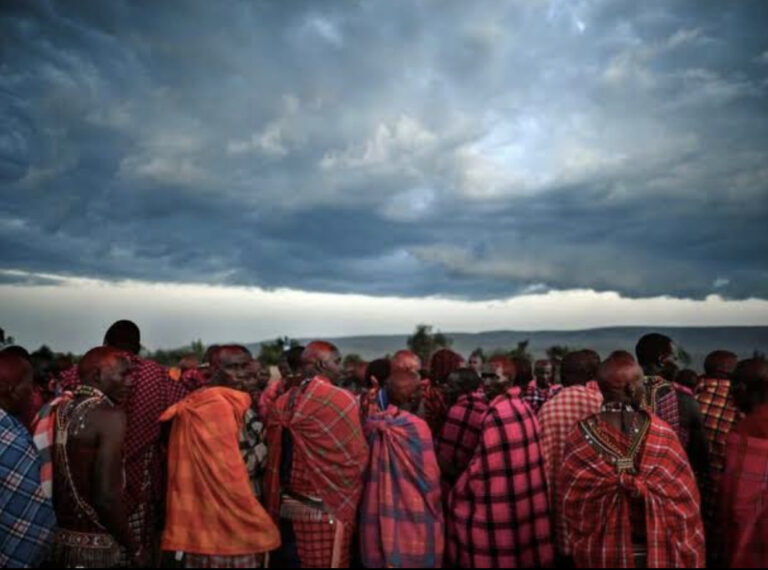 According to their lawyer, a Tanzanian court on Tuesday ordered the release of 24 Maasai after the prosecution dropped murder charges against them in connection with the death of a police officer during a demonstration against a project on a protected area.

The Loliondo Maasai are against Tanzanian authorities, whom they claim are trying to drive them out of a portion of their historical habitat area in northern Tanzania so that it can be turned into a private safari and hunting area. The government disputes their accusations.

In June, a police officer was killed in clashes with the local Maasai community during an operation to place “markers” separating human and wildlife habitats.

Twenty-five protesters were charged with murder, one of whom has since been released.

On Tuesday, the 24 defendants “were released,” Yonas Masiaya, one of their lawyers, told AFP, adding that “the prosecutor’s office said (it) had no intention of pursuing the case.”

“There was no tangible evidence to justify their prosecution,” he said.

Another defense lawyer, Jebra Kambole, told AFP: “We are happy that they are finally free. “These people were detained even before the investigations and remained in detention (…) without any clear reason,” he said.

In September, the Maasai community filed a complaint against the Tanzanian government, challenging its decision to “tag” land to protect wildlife.

Historically, Tanzania has let ethnic groups like the Maasai to reside in parks and nature reserves. However, both the people and the herds have experienced significant growth in recent years.

The government has started relocating people, especially away from the well-known Ngorongoro Reserve, a Unesco World Heritage Site. The administration states that these relocations are voluntary.

The relocation of almost 150,000 Maasai from Ngorongoro and Loliondo by Tanzania without their free, prior, and informed permission raised concerns among UN experts in June.

In 2009, thousands of Maasai families were relocated from Loliondo to allow an Emirati safari company, Ortelo Business Corporation, to conduct hunting expeditions there.

The government canceled this agreement in 2017 after accusations of corruption.