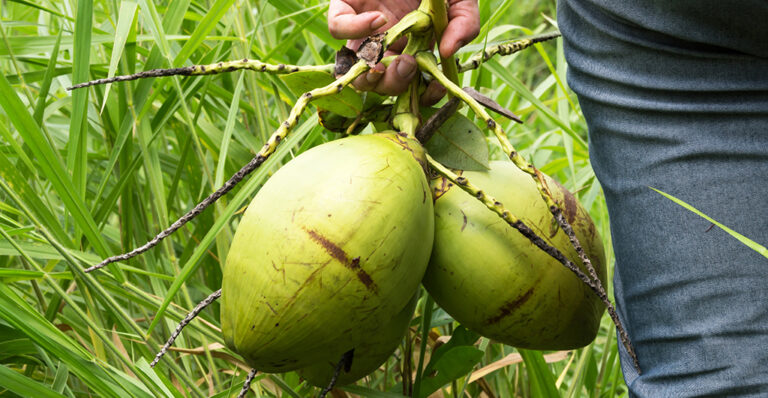 The global coconut industry is expanding, as is the Caribbean coconut Industry, with Guyana ranking among the top producers.

Ansari Hosein, Executive Director of the Caribbean Agricultural Research and Development Institute (CARDI), provided some insight into the development of the regional coconut industry on day two of the Agri-Investment Forum and Expo.

“Long time ago when we spoke about liquid gold, we would normally be speaking about oil, but coconuts have the potential to be liquid gold, as well.” “Out of 70 billion coconuts harvested every year, about at least 10 billion are used for coconut water alone. The global market is estimated to go from about the value of $11.5 billion in 2018 to more than $30 billion in 2026,” he said

Noting that there are numerous opportunities for industry development in the region, Hosein highlighted a number of strengths, including acreage. While some rehabilitation is required, he believes there is plenty of room for growth and development. Hosein stated that more than 100 links were established with partners such as the European Union, CARDI, and other regional and international organizations through a new project.

He also stated that a growing number of governments in the region, including Guyana, are willing to support the coconut industry. However, while there is room for growth, the industry faces challenges such as poor agricultural practices and the common problem of obtaining equipment and planting materials.

Access to capital and the need for better infrastructure, as well as trade barriers in some countries, were also mentioned as challenges.

Some of the pests and diseases that pose problems include the red palm mite and lethal yellowing. Despite these obstacles, there is considerable interest, and a number of regional companies have made significant investments in the sector.

Meanwhile, Ricky Roopchand, General Manager of Hope Coconut Industries Limited, stated during the interactive session that there is a major issue impeding the import and export of coconut seedlings.

He stated that the country currently has 10 coconut nurseries capable of producing 206,000 coconut seedlings at full capacity.

“Guyana could supply other places with coconut planting materials and we need, at this time, to import some 18-month variety from Suriname, but we can’t do it,” Roopchand explained.

In response, Hosein acknowledged the difficulty but emphasized the importance of preventing pests and diseases from entering another country. These policies, he claims, can only be changed by individual territories.

Since taking office in 2020, the PPP/C government has made tremendous strides in providing assistance to the various stakeholders in the coconut industry. Several coconut nurseries were established throughout the country to encourage the cultivation of coconuts in order to revitalize the industry.

U.S Coast Guard Seizes Over $99 Million Worth Of Cocaine In The Caribbean