The Street Where George Floyd Was Killed, To Be Named After Him 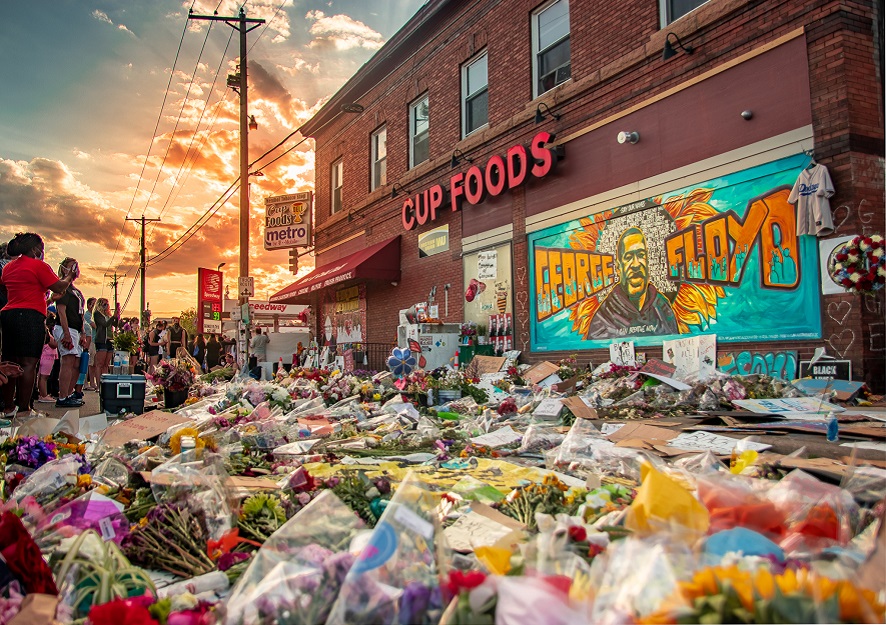 The city of Minneapolis has confirmed the street where George Floyd tragically lost his life on May 25 will be named after him. Floyd, 46, died after former Minneapolis cop, Derek Chauvin; was filmed with his knee on his neck for almost nine minutes despite the victim pleading he could not breathe.

Though the street will still maintain its Chicago Avenue name; the blocks between the 37th and 39th streets will officially be called the George Perry Floyd Jr. Place, the Star Tribune reports. The move to name the said location after Floyd was approved by the City Council on Friday; with the mayor’s office likely to append its signature.

The area the incident occurred has since been barricaded; but people still gather around a memorial that has been set up at the spot Floyd died. Demonstrations are also still ongoing, with protesters refusing to stop until authorities heed to their calls for reform; including providing funds for anti-racism training. They also want the residents within that vicinity to be granted a temporary property tax freeze, the Star Tribune reports.

The street was set to be reopened this summer, but city officials reversed their decision after backlash. Floyd’s death triggered nationwide protests against police brutality and racial discrimination; with people calling for swift reforms and an end to systemic racism in the United States. The demonstrations, which are still ongoing, were also further spurred by a series of fatal and near-fatal police-involved incidents with Black people after Floyd’s death.

Body Cam Footage Of The Arrest And Death Of George Floyd

Meanwhile, police camera video of George Floyd’s arrest and his chilling final moments has now been made public. The video, about an hour in length, comes from the body cameras of former officers Thomas Lane and J. Alexander Kueng. The two were the first to arrive on the scene following a complaint that Floyd had tried to pass a fake $20 bill to buy cigarettes at Cup Foods, a store in Minneapolis.

The videos were filed with the court in July by Lane’s attorney as evidence; supporting a motion to dismiss the charges against his client, the CNN reported. Only transcripts from the tape were released but a judge later allowed journalists to view the footage by appointment. Media outlets subsequently called for the release of the videos until they became available on August 10; after a Hennepin County judge ordered them released.

The body camera footage below from the two officers capturing Floyd’s final moments is unedited. It also contains graphic language and material that is disturbing;