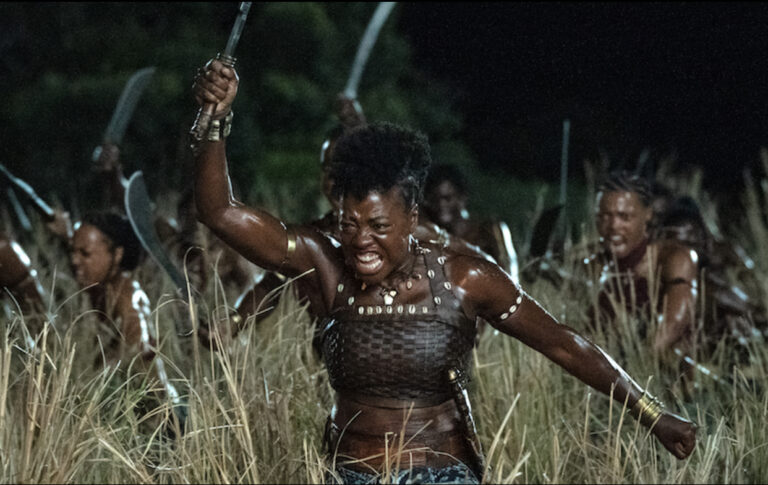 “We started intensely a few months before shooting—four hours a day, five days a week,” said Davis in an interview with Vanity Fair. Weight training, sprinting, martial arts, and weaponry training for the machete. I like to say that I was the OG warrior. [Laughs.]

I’ve never had a role like this before. It’s transformative. And to be a producer on it, and to know that I had a hand in bringing it to fruition…. There’s always a vision you have for your career, but there are very few roles as an actress of color. Dark skin with a wide nose and big lips. I’m just gonna continue to say it. Those stories are extraordinarily limited.”

Standing on the shoulders of an incredible ensemble cast lead by Viola Davis, Lashana Lynch, and John Boyega, the Oscar-worthy film overcame boycott backlash over its ‘historically inaccurate’ portrayal of the Agojie–an elite all-woman warrior squad in the West African Kingdom of Dahomey.

Fueled by critics of the film’s ‘revisionist history,’ #BoycottTheWomanKing trended across social media as the film received critical acclaim.

Written by Dana Stevens and based on a story by Maria Bello and Stevens, the Woman King film does address the Agojie’s role in the slave trade without delving deeply into the Dahomey tribe’s treacherous history.