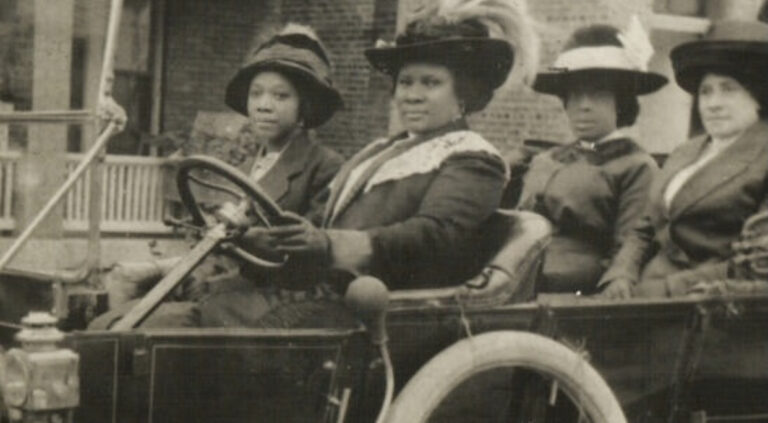 Jim Crow laws, which were first implemented in the south in the late 19th century, forbade African Americans from utilizing the same facilities and services as white people. Black people were still not welcome at numerous beaches, hotels, and other facilities in the north even if the same set of regulations didn’t apply there. As a result, resorts in the north and south began to cater exclusively to tourists of color who were previously excluded.

In an era when racial segregation prevailed, black writers, businesspeople, doctors, and entertainers used to spend their summers in Idlewild, Michigan, which was dubbed “The Black Eden.” In its early years, W.E.B. Du Bois might be encountered; in its later years, you might see an Aretha Franklin concert. However, it wasn’t the only such location. Before the 1936 publication of the Negro Motorist Green-Book, resorts had sprang up all across the nation that catered to black tourists.

“Black business-minded people have always pursued opportunities to capitalize on what has sometimes been called ‘sheltered markets,’” says Myra Young Armstead, a history professor at Bard College. “With Jim Crow there was now a market for travelers that was created, so it would only make sense that these proliferated.”

These resorts served as safe havens for black tourists who were unable to stay in many of the white tourists’ hotels that could be found all across the country. Black journalist George S. Schuyler lamented that “many colored families have motored all across the United States without being able to secure overnight accommodations at a single tourist camp or hotel” as late as 1943, according to Armstead’s account in The Journal of Decorative and Propaganda Arts.

Highland Beach, located in Maryland, was one of the most well-known vacation resorts. The town was founded in 1893 by Charles and Laura Douglass, who gave it the original name of Arundel-on-the-Bay. Charles, a Civil War veteran and the son of Frederick Douglass, purchased the Highland property after being turned away from another Maryland resort. The first black community in the state to incorporate was Highland in 1922.

Pictures from Highland Beach from around 1900 depict tourists taking a dip in the ocean and playing croquet, a popular pastime among the upper classes at the time. According to Armstead, there was always a “small, tiny sector of the black community who were middle class, upper middle class, or the black bourgeois, and they reflected the interests and inclinations of their white counterparts as best they could.

Black millionaires in Florida constructed houses at American Beach in Jacksonville in the south. It was Florida’s only beach that provided black tourists with secure overnight lodging when it first opened in 1936. Like Idlewild, American Beach attracted well-known performers like Ray Charles and Duke Ellington.

Not many black households have the money for such outings. However, for those who could, Highland and American Beach served as significant substitutes for the white beaches that African Americans paid taxes to support but were unable to use. Similar to the well-known lunch counter sit-ins, black activists staged “wade-ins” at white beaches during the Civil Rights struggle to denounce their racial segregation.

Idlewild, is also one if significant resorts that catered for African Americans. it was located in Lake County, Michigan. It was established in 1912 and was a favorite hangout for well-known black Americans like millionaire Madam C.J. Walker, a businesswoman in the beauty industry, attorney Violette Neatley Anderson, the first black woman admitted to practice before the U.S. Supreme Court, and Dr. Daniel Hale Williams, the founder of Chicago’s Provident Hospital. At night, families listened to musical acts like Louis Armstrong, Aretha Franklin, and future Touched by an Angel star Della Reese. During the day, families rode horses, roller skated, and went swimming in lakes.

W.E.B. Du Bois was also a fan of Idlewild. In 1921, he wrote: “For sheer physical beauty—for sheen of water and golden air, for nobleness of tree and flower of shrub, for shining river and song of bird and the low, moving whisper of sun, moon and star; it is the beautifulest stretch I have seen for twenty years.”

In addition to separate resorts, African Americans carved out enclaves for themselves in vacation spots that mostly catered to white elites like Martha’s Vineyard island in Massachusetts and Newport, Rhode Island.

“On Martha’s Vineyard you have a section called Oak Bluffs, which today is still very much a sort of black middle class vacation spot,” Armstead says. In Newport, prominent black Americans vacationed at Saratoga Springs. These spots became more racially integrated after the 1960s, and are still popular tourist destinations today.

Other vacation spots, like Idlewild and Highland Beach, disappeared as black upper- and middle-class vacationers opted for other resort options that were now available to them. Today, residents in both areas hope they can make a comeback as vacation destinations by highlighting the areas’ historic significance.