Three Cousins expected to all birth twins in the same month, after suffering miscarriages 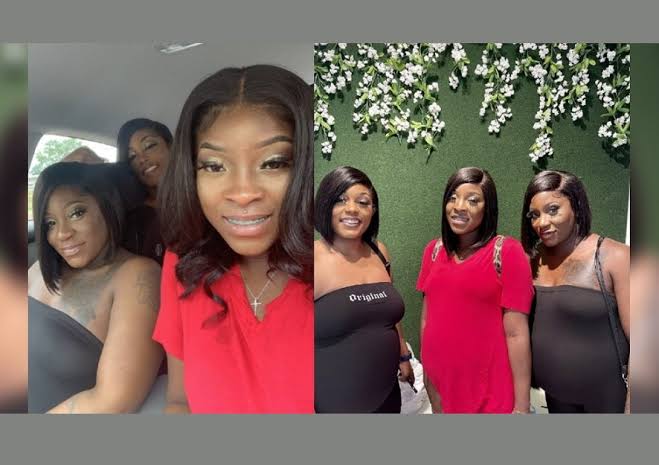 Three cousins in Mississippi Melody Stubbs, Courtney Harper and Janeshia Wilson are each pregnant and expecting twins, the pregnancies coming after the women experienced miscarriages.

According to WLBT, the trio feel like sisters since finding out they are all expecting twins.

“I think Neshia (Janeshia) posted first, and I saw her post, and I posted mine about a week or two later,” Harper said. “She called me and said you’re pregnant, you’re having twins?”

Shortly after that, they found out Stubbs was expecting twin babies too. The trio started a group chat to talk about what they’re each experiencing.

“And we found out we had the same doctor,” Stubbs said.

Wilson said: “A lot of things go through our heads daily, like being a perfect mom, knowing that we’re not gonna be perfect, but the pro of it – is that we get to experience this together.”

“It’s kinda mind-blowing,” Harper said. “The first question that people ask is whether twins run in our family, but no one close to us has twins. We kinda just started a generation of twins out of nowhere.”

All three women’s pregnancies also come after they each had a miscarriage.

“When I first got pregnant, I was scared,” Stubbs said. “I’m not afraid anymore because I’m not alone.”

And despite having to deal with those miscarriages, the expectant mothers said they’re optimistic and excited about the future.