Two Arrests Made In Death Of Migos Rapper Takeoff 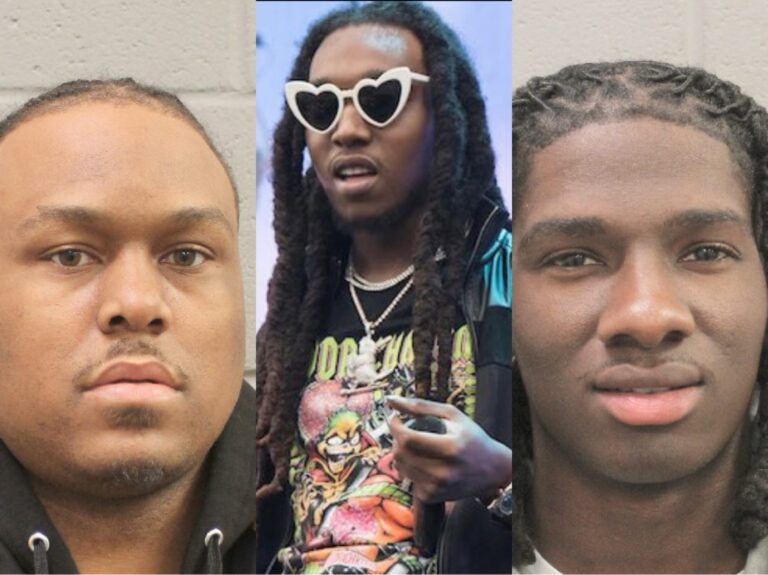 Authorities in Houston announced on Friday that two suspects have been detained by police in connection with the gunshot death of renowned Migos rapper Takeoff.

In a press conference, Houston Police Chief Troy Finner announced that Patrick Clark, 33, had been detained on Thursday and had been charged with murder. According to  NBC News, Cameron Joshua, 22, was detained on November 22 on suspicion of felony weapon possession.

Officers stated that although the investigation is ongoing, further arrests could still be made.

At the age of 28, Kirshnik Khari Ball, also known as Takeoff, was fatally shot on November 1 in front of a bowling alley in the heart of Houston.

A Harris County Medical Examiner report states that Takeoff’s piercing “gunshot wounds of head and Torso into arm” are what caused his death.

According to the police, Takeoff was just at the wrong place at the wrong time and there was no evidence linking him to the altercation that resulted in the shooting.

Last month, Takeoff was laid to rest with a funeral service conducted at State Farm Center in Atlanta.