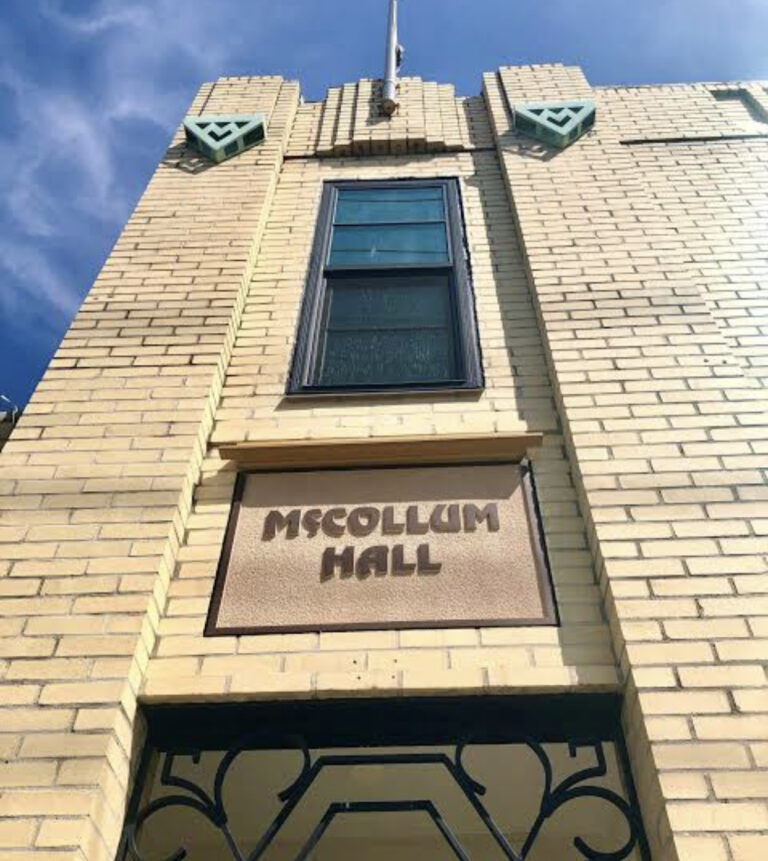 Clifford McCollum constructed McCollum Hall, a historical attraction and commercial hub in Dunbar, in 1938. This property has been regarded as a crucial landmark for the Black population in the Fort Myers, Florida, area.

The location has long served as a hub for business, music, and entertainment; in its heyday, it attracted some well-known acts and was one of the few venues where Blacks and Whites could enjoy entertainment together when segregation still prevailed.

Duke Ellington, Count Basie, Louis Armstrong, and B.B. King were just a few of the renowned artists who entertained the crowd at McCollum Hall in the 1930s and 1940s.

Two Black developers recently announced plans to revive the historic site: Miles Alexander III of Alexander Goshen and Leornard Burke of Cornerstone Strategic Partners. The McCollum Hall building and surrounding properties are to be transformed into a 26-unit multifamily community and 14,200 square feet of retail space, according to the proposal.

The shop space will be transformed into a food hall and a market as part of the project. Additionally, Miles Alexander III and Leonard Burke are interested in paying an undisclosed sum to the City of Fort Myers for the plots. Additionally, the privately owned lots west of McCollum Hall will be purchased by the developers. They currently have authority over the privately held lots next to McCollum Hall.

The developer’s proposal takes into consideration all of the conceptual and planning work undertaken by the Ft. Myers MLK CRA Revitalization plan, the City of Fort Myers, CRA and our consultants over the past couple of years,” said Executive Director, Fort Myers CRA, Michele Hylton-Terry, who has worked to restore McCollum Hall since 2007.

“Their vision aligns well with the desired outcomes of the CRA and the City, with the goal of building a well-designed community activator project that lends itself to the character and fabric being woven by all of the CRA.” According to developers, multi-family and commercial space will be designed to meet the needs of the current housing and commercial market, as well as the anticipated target market.

“We envision a collaborative design process, where the CRA, City, and other stakeholders can participate and provide input in the selection of material, colors, and other design elements,” said Miles Alexander III. “Our approach always includes highest and best use, to maximize market trends and minimize public resources.”

Planning, design, and construction of the proposed redevelopment must adhere to sound urban in-fill, smart growth, and sustainable redevelopment principles.

Since the vision fits well with the desired objectives of the CRA and the City, with the goal of constructing, Miles Alexander III and Leornard Burke have been given permission by the higher authorities to convert the location with comprehensive and conceptual design.