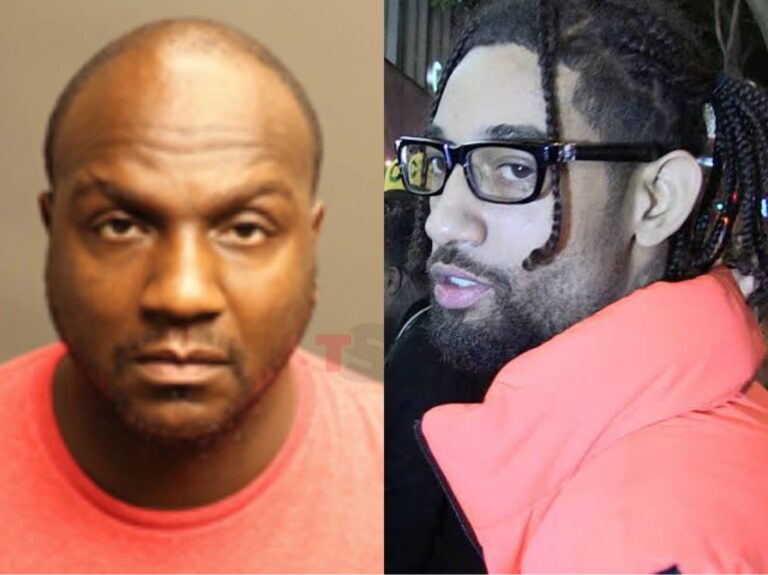 Police officers arrested the 17-year-old son of Freddie Lee Trone in connection to the robbery & killing of PnB Rock. Reportedly the unnamed son was the shooter, and Freddie drove the getaway car. Officers reportedly confirm that the two suspects were already in the parking lot where the rapper was dining before he was killed, according to TMZ .

Sources also say the father and son duo were already in the restaurant’s parking lot when PnB arrived, seemingly removing the possibility that PnB was targeted from a social media post from his GF showing they were eating at Roscoe’s. We’re told after the murder, the suspects burned the getaway vehicle.

We previously reported that Los Angeles police have identified Freddie Lee Trone as a suspect in the killing of PnB Rock. This was announced in a press release early Wednesday, and they are warning the public that he’s still armed and dangerous.

PnB Rock, who’s real name is Rakim Allen, was shot during an armed robbery at a South LA Roscoe’s Chicken & Waffles on Monday, September 12th. The 30 year-old, was dining with his girlfriend Stephanie Sibounheuang when he was robbed and killed.

According to the police, the suspected killer walked in on the couple, demanding their property. The press release states the suspect shot Allen, removing his property before fleeing.

Freddie Lee Trone is now wanted by LAPD and officers warn people to call 911 if he’s seen out and about.

On Monday, September 12, 2022, Rakim Allen, aka “PNB Rock,” arrived at a restaurant located at the 100 block of West Manchester Avenue with his girlfriend. As they were having lunch, a suspect entered the restaurant and approached Allen. The suspect shot Allen and removed some of his property.

The suspect also demanded property from PnB Rock’s girlfriend. The suspect fled the location in an awaiting vehicle.
Freddie Lee Trone has been identified as being a person involved in the murder of Rakim Allen.

He should be considered armed and dangerous and if he is seen, people are urged to call 911 for immediate assistance.