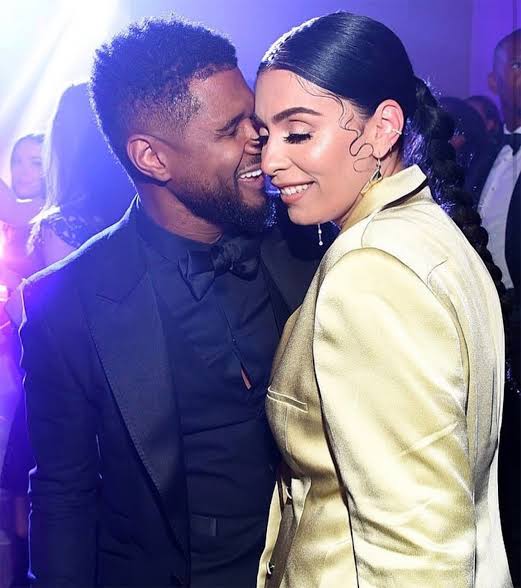 The celebrity baby boom continues and Usher is the latest to welcome a new bundle of joy; He just announced the birth of his first daughter with his girlfriend Jenn Goicoechea; and it seems that he’s already in love.

In late August, Usher surprised his fans with the announcement that he was expecting his first child with his girlfriend Jenn Goicoechea; as well as his first daughter. Usher has two sons from his previous marriage; but he has stated in the past that he wanted a daughter…and he finally got his wish.

“We are feeling blessed and full of love with the arrival of our beautiful baby girl, Sovereign Bo Raymond. “Isn’t She Lovely” by Stevie Wonder on repeat”

Previously, Usher spoke about his daughter’s arrival and the challenge of deciding on a baby name:

“Babies always bring such joy to a family and [I’m] really excited for my young one — well, my bean’s arrival. I’m not like George Foreman—I can’t name all my kids George. If it’s a girl, I don’t think that Usher would flow well. To be perfectly honest, I’m trying to figure out which way to go. I got a few names in line, but maybe you can help me — give me some suggestions.

I’ve had a few [ideas.] Just been trying to get down to maybe a middle name. My second son has a middle name; Usher does not have a middle name. … I’ve been motivated by where we are in life. Something maybe relevant to this time?”