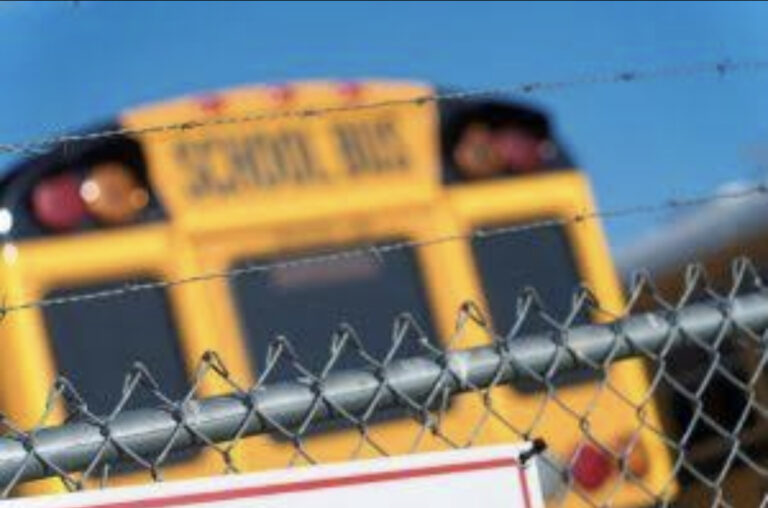 A video showing a white bus driver in Morgan County, Georgia, physically forcing two young Black children has cost him his job and also got him arrested. The September 9 incident began when bus driver James O’Neil told a 6-year-old boy to sit at the back of the vehicle.

According to the Morgan County Citizen, this went against the regular practice of younger children sitting toward the front of the bus, as high school students sat toward the back.

After the 6-year-old objected, the bus driver proceeded to shove him, according to another student’s video footage.

In response, the boy’s 10-year-old sister objected by yelling, “Stop pushing my brother!”

James O’Neil responded by telling her to “shut [her] mouth,” and he proceeded to then aggressively push the 10-year-old while saying, “What a pain in the neck you guys are. Get back there.”

“How is it he was just terminated! He should be charged with assault! Go to jail!! He pushed this kid and assaulted his sister!!! I am appalled,” Tina Knowles-lawson wrote beneath the video she posted on her instagram, referencing the school system’s initial statement on the situation.

According to FOX 5 Atlanta “the Morgan County Charter School System was made aware of an incident Friday afternoon involving a bus driver and students. We took immediate action, including notifying the Morgan County Sheriff’s Office, who we are working with during the investigation. We cannot share further details or comment due to this being a personnel issue; however, the driver was terminated,” a spokesperson noted in a statement.

In addition to the district officials, the children’s parents, Blake and Nequania “Nene” Carter, spoke out and alleged that the situation was racially motivated.

“My son is terrified, he was scared, he called for his older sister as you could hear he was crying… he was horrified. You’re supposed to be protecting him,” Nene Carter said, according to Sis2Sis. “I don’t know why he told them to sit in the back of the bus because the high schoolers sit back there, and normally the primaries sit right behind the bus driver.”

Following an investigation, O’Neil was ultimately arrested this past Friday.

“The investigation resulted in the arrest of James O’Neil on two counts of simple battery,” Morgan County Chief Deputy Keith Howard said, the Morgan County Citizen reports. “While this was not a complex investigation, it was complicated by the allegation that the incident was perceived as being racially motivated.”

James O’Neil will still have his appearance in court to face violence charges even though authorities finally decided they couldn’t demonstrate that the altercation was racially motivated.

Despite this, the mother of the kids is unhappy with the way the school district handled the situation at first.
“We feel like he was terminated because the story got more coverage than the Morgan County Charter School System would have liked,” Carter said according to the Morgan County Citizen. “It was rumored that they were just going to send him to be retrained.”

Esteban Sinisterra presently lives in the city of Cali and studies social work along with his career as a fashion designer,