“Y’all don’t have a say so over my black children, They will not do play boy, sex tapes”—Kanye West Blasts Kim and Kris 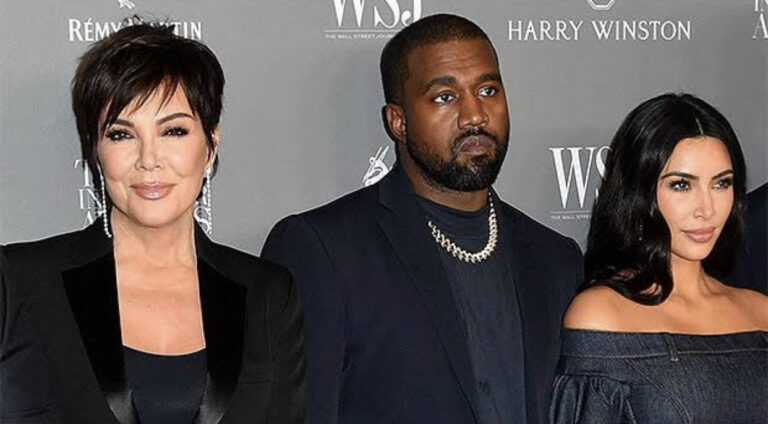 Kanye West has been venting his frustration with his four children having to attend a private school in California in a series of posts. He has also expressed concerns that his daughters, North, 9, and Chicago, 4, will pursue careers similar to their mother’s.

West also posted a picture on Instagram and captioned it with the following: “Don’t let Kris make you do Playboy like she made Kyle (Kylie Jenner) and Kim do. Hollywood is a giant brothel.”

He further wrote, “Pornography destroyed my family I deal with the addiction Instagram promotes it. Not gonna let it happen to Northy and Chicago.”

In another post, Kanye called for his kids to be educated at his own Donda Academy rather than the elite school in California. He later also shared a screengrab of a private conversation with Kim where she messaged him to stop posting these messages.

Which school their four children should attend seems to be the crux of the disagreement. West wants his four children, North, nine, Saint, six, Chicago, four, and Psalm, three, to attend Donda Academy, the school he founded.

In October 2021, West established the school that bears his late mother Donda West’s name. Applications are now being accepted for the “faith and project-based” school for the academic year 2022–2023.

“It’s not up to Calabasas or Hulu where my kids go to school,” West said in one of his messages, referring to the area where Kardashian lives and the streaming service where her show, The Kardashians, airs. “I’m not the crazy one here. It’s up. I won’t stop until I have a say so on my kids no matter what it legally takes.”

After Kim sent him a message asking him to “stop”, he called on his ex-wife to talk in person, adding she doesn’t have “say so” of where the kids go to school.

Kanye also went on to take a swipe at  Kim’s former boyfriend Pete Davidson in the text messages.

In one message about Davidson, West wrote: “Ask Pete how those tattoos of my kids doing in the trauma unit.”

41 year old Kardashian, filed for divorce from the 45 year old rapper, in February last year. She was declared “legally single” in March this year.

Esteban Sinisterra presently lives in the city of Cali and studies social work along with his career as a fashion designer,