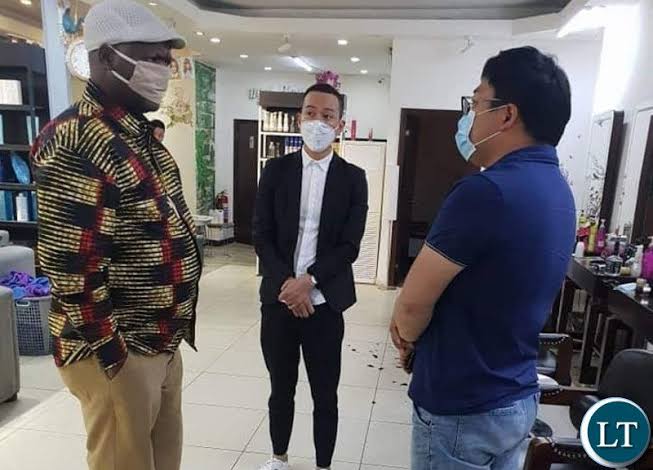 Lusaka Mayor Miles Sampa personally shut down a Chinese-run barbershop on Friday; for allegedly not serving local Zambian customers; and threatened the staff with arrest if they continue to only serve Chinese patrons. 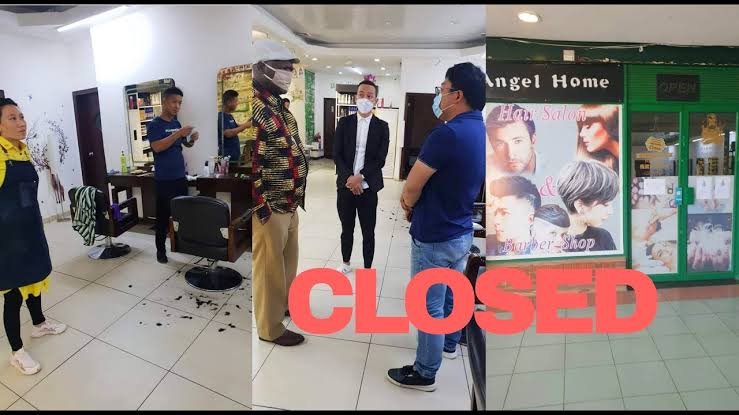 “This is not Wuhan!” he angrily declared.

The Barbershop was also found displaying their prices in Chinese contrary to the Food and Health Act. “We had a tip off from a Zambian whistle blower who took his son to cut hair but was told K300 as price just to put him off. When he agreed to pay; they then changed their mind and said the Barbershop was actually closed and had to leave”, said the Mayor.

This is the second time in as many weeks that the mayor has taken action against a Chinese business; in Lusaka for allegedly discriminating against local customers.

The Zambian authorities also have closed a Chinese restaurant in the capital; Lusaka, for reportedly discriminating against locals.

The restaurant was reported to have denied entry to a Zambian man; terming him as a foreigner.

The man described the incident as racist.

Lusaka Mayor Miles Sampa has also accused the restaurant of selling products labelled in Chinese and not English as prescribed by law.

“Apartheid finished a long time ago in Lusaka after Zambia gained independence in 1964,” the mayor told the Lusaka Times website.