12 YEAR OLD AFRICAN-AMERICAN GENIUS HAS BEEN ACCEPTED AT GEORGIA INSTITUTE OF TECHNOLOGY. 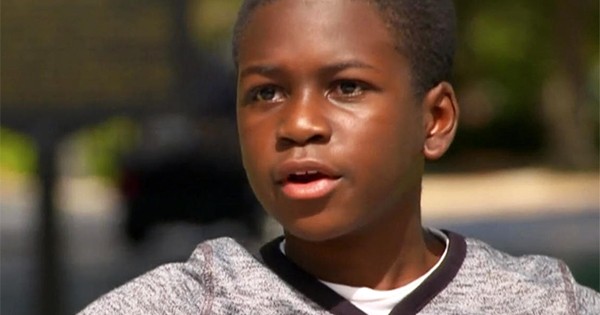 The 12 year old boy who is in  Chattahoochee Technical College, is in the headlines again! Caleb Anderson, who is in his second year in college, has been accepted at Georgia Institute of Technology.

Caleb, who is currently studying Aerospace Engineering, at Chattahoochee Technical College will soon be enrolled at Georgia Tech (also known as Georgia Institute of Technology) in Atlanta.

Caleb who is expected to enroll at Georgia Tech, in the fall of 2021, says that he has even bigger plans once he finishes college.

“I think I am going to go to Mars and do more school, I think, and try to get my master’s at Georgia Tech,” he said. “Then do an internship with Elon Musk, and then I’ll probably get my Ph.D. at MIT. And then I think I’ll start working at either NASA. Or SpaceX,” the 12 year old boy said.

His mother, Claire Anderson, said she noticed something was different with Caleb when he was a baby.

“At three weeks old, I did notice that Caleb was trying to mimic some of my words… By four months, he was picking up basic signs,” she recalled.

“He’s kind of always been this way, where he’ll ask these very deep, profound questions, and you don’t expect to see that from a three-year-old,” Caleb’s father, Kobi Anderson, said. “That’s kind of been our road, our journey.”

While their son may be a boy-genius, Anderson’s parents believe that there are many others out there equally as gifted as he is, but says that people have to move beyond stereotypes and give them the support that they need.

“I think people have a negative perspective when it comes to African-American boys,” Claire said. “There are many other Calebs out there African-American boys like him. From being a teacher – I really believe that. But they don’t have the opportunities or the resources.”

While Anderson has already had major accomplishments, he also has his sights set on furthering his education at Georgia Tech and possibly MIT.