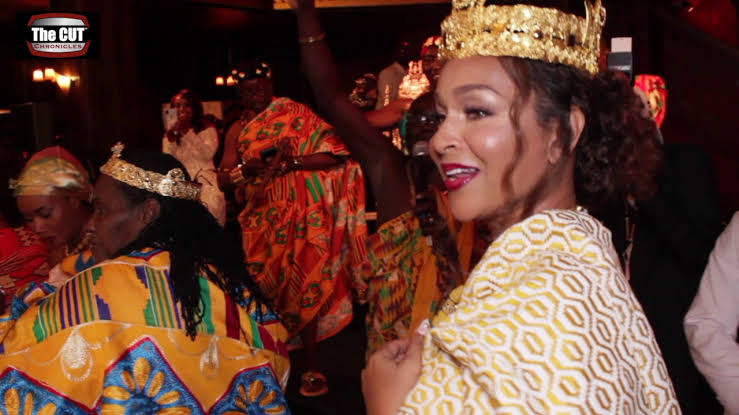 American actress, Lisa Raye, has been enstooled as a Queen mother of Agona Kwanyanko in the Central region of Ghana. The  enstoolment ceremony was held on Sunday, September 22, 2019 at the Cicada Club in Downtown Los Angeles, CA in glitz and glamor. She was crowned by King Yahweh of the ‘beautiful Kingdom of Yahweh’; and the ‘paramount chief of Agona Kwanyako, the chiefs, and the entire Kyidom Traditional Divisional Council’.

The ceremony was attended by some ‘chiefs’  of Ghana dressed in regal clothes.

However, eyebrows have been raised concerning the authority of this King who refers to himself according to his Twitter profile as; “Ghana & USA(Chief, Nana, fon )King YAHWEH in Agona Kwanyako & Mankessim, Ghana & Cameroon Africa 2019) Nigeria, Ethiopia2019) philanthropist”.
His Twitter is currently on private.

His Website further States;“THE IMPERIAL MAJESTY KING YAHWEH, affectionately recognized as King YAHWEH The Holy Ghost;  is the founder of the Kingdom of YAHWEH and several organizations established to assist individuals who cannot assist themselves.  The Imperial Majesty King YAHWEH was duly crowned and ordained by YAHWEH as the Imperial King.  Also, His Majesty was officially enstooled as Chief (King) in April 2015, and His kingship hails out of territories including the regions of Mankessim Traditional Area, and Agona Kwanyako, Central Region, Ghana.

He is the first person in Ghanaian’s history to be enstooled in two different villages in the same lifetime. His stool names in each community respectively are Nana Edu Ababio, Chief of the Mankessim Traditional Area, Central Region and  Nana Nyarko Adu-Asare II Chief of Agona Kwanyako, Central Region. His Majesty,  The Imperial King YAHWEH, The Holy Ghost, has known residences in cities within the United States including Beverly Hills, Atlanta, and Miami. The Kingdom of YAHWEH is a faith-based organization/movement that believes in identifying with people today, while not judging the critically misunderstood person of yesterday.

His Majesty vehemently promotes the simple truth that everyone deserves a second chance in life to make better choices and welcomes people from all walks of life regardless of race, creed, culture or religious beliefs. The Kingdom of YAHWEH serves as freedom’s global bridge to peace and prosperity for all nations to connect, network, and collaborate in fostering a better tomorrow for all people. His Majesty’s focus includes assisting the communities in the redevelopment of distressed communities and generating essential services to enhance the quality of life….” 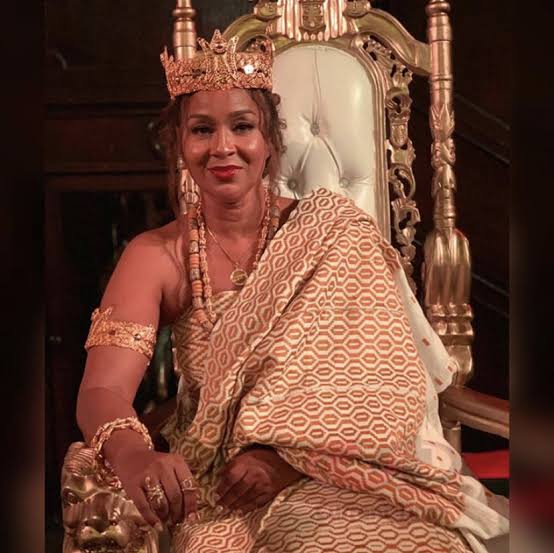 Speculations are, he is a “scam” king, but our dear Queen mother is too elated by her crowning to care, as she was reportedly ”honored beyond her wildest imaginations”. She went on to say that she would do her best to use her position to direct positive attention to the region.