Polygamy is not a new term in the world. In ancient times, polygamy was celebrated as the number of wives a man has can be an equal measure of his wealth of capability. Infact, great men paraded their harem as a show of their Strength and leadership skills.

However, in recent times, polygamy is fast fading away, as the new economy of the world, plus various other factors have pushed monogamous relationships to be ideal.

But, there are some black men who feel that they want to live like their ancestors by practicing polygamy. one of such is the popular black motivational speaker Kevin Wesley.

Just Incase anyone has been wondering how mr Kevin Wesley is managing his relationship with his wives or his “Queens” as he chooses to refer to them; he has given insight on how according to him, he has been able to successfully enjoy his polygamous Union.

Speaking on the balancing of his time with the two ladies, the 39 year old said; “we have found a system that works for us, in which myself and Jamie spend Monday and Tuesday together alone; whilst Lacee works on manifesting her career as a motivational speaker; and then on Wednesday and Thursday, me and Lacee are together whilst Jamie focuses on her business.”

“We all then spend the rest of the week together, but I have to work and travel at the weekend as a motivational speaker. In this way, we are always constantly providing for one another and building the lives we want to live, without having to rely on working for anybody else.”

According to Kevin Wesley, people regard their relationship with disdain due to the fact that, polygamy is considered illegal in America; however they are not bothered outside perceptions.

“Because polygamy is illegal in the United States, people think it is wrong. But they’re viewing it through that specific lens. In reality, we are just three people who love each other and have chosen to forge our lives together. We want to show people how to love and push past the preconceptions they might have about what love is. We hope that by sharing our story, we can encourage people to be the change you want to be.” He stated.

For Kevin, the decision to enter into poly relationship became more pressing after the collapse of his marriage; he got married to Jamie who is an artist at the age of 20 but there was a separation 13 years into the marriage. However, destiny brought them back together.

“Me and Jamie met through our church aged fifteen and started dating at about eighteen; we were married by the time we were twenty and were then married for thirteen years but I was always telling her how unhappy I was and I think we had very different ideas of what an ideal marriage looked like. I told Jamie that I wanted to bring an end to our relationship and she gave me her permission, so we parted ways.” Kevin said.

He revealed that, he met Lacee, who is also a motivational speaker five years after separating with Jamie; he deliberated a possible union with his ex-wife and discussed the polyamorous idea with Lacee. She agreed to be in the relationship with him and Jamie. 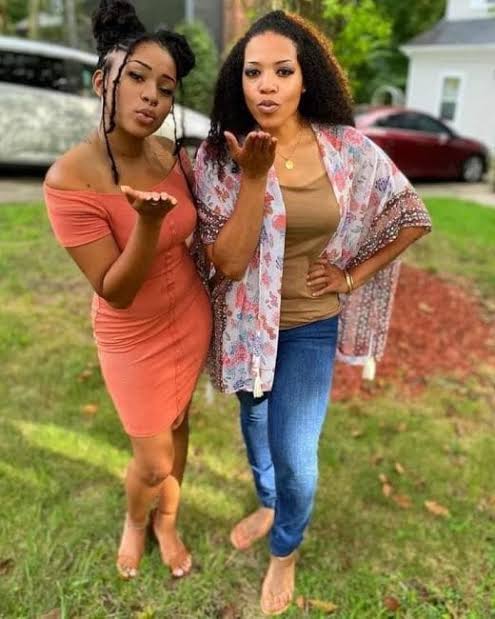 Kevin narrated that, “when Lacee and I met I was already talking to Jamie about a poly lifestyle because even back then I wanted to pursue this lifestyle and Jamie had been thinking the same for a while before. Lacee told me that if she was going to be in a triad relationship she would only really want to do this with Jamie. I had dated women after me and Jamie separated that were happy with the idea of being poly, but refused to do it with Jamie because, in their mind, Jamie has a history with me.” 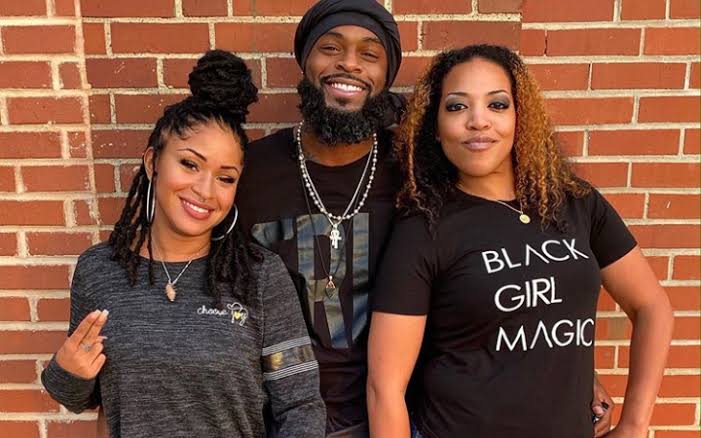 “They thought that they would be coming in lacking power or feeling like they don’t have something Jamie does. So it was amazing to have someone who was completely on the same page as me and wanted the same thing. It felt like it was meant to be. They arranged to meet together without me because I didn’t want me to be there to shape how they saw each other. They are both heterosexual, so their relationship is purely platonic but they hit it off right away and it was magical.” He further added.

How Kevin Wesley And His Queens Get Feedback

Kevin also shared the responses they get from the public concerning their polygamous union; “The responses we get from people when they see that we are in a poly relationship are mixed. When we’re out, we’ll hold hands together but we don’t go too crazy as we do understand that some people might not think the same way as us or be so accepting. We’ve had parents shield their kids’ eyes or whisper about us, but you just have to understand that people are viewing our relationship through a different lens. Some of the nicest comments are from those who say we’ve given them strength to live their lives unapologetically even if they’re ridiculed. The worst are those that say I’m manipulating my queens into being with me which is so far from the truth.” Wesley said.

Despite his initial laid out balancing plans, Kevin Wesley confessed that managing the two come with some difficulties; “being in the presence of both Jamie and Lacee at the same time can be difficult at times. I don’t want to show too much affection in case it causes jealousy, so I have become a friend to both of them when we’re all together. I think it might just be teething problems and maybe we’ll grow out of that in the future.” He said.