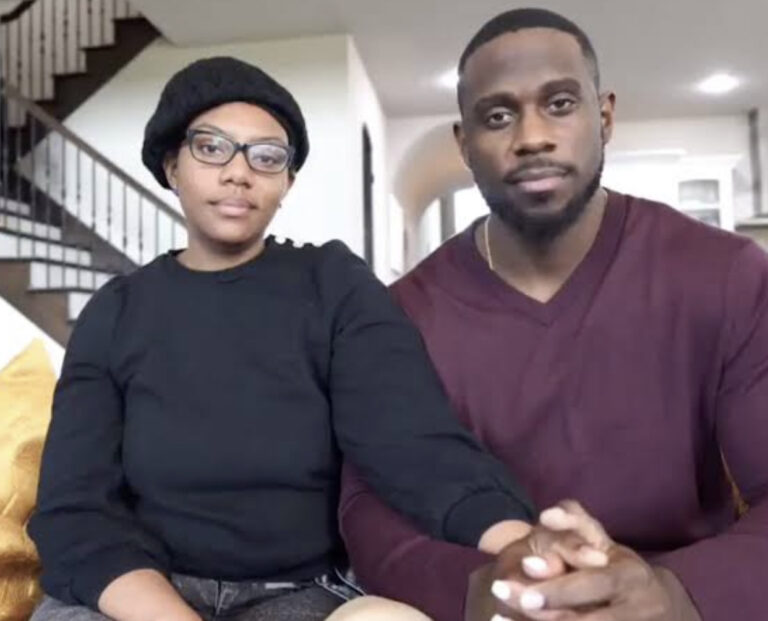 Earlier in March 2021, YouTuber and Relationship Coach, Derrick Jackson was in the news for cheating on his wife. The Couple who are known on social media for relationship nuggets especially Derrick who is always on the side of women and uplifting them with his words, became a subject of social media controversy, which prompted Derrick to apologize publicly for cheating on his wife.

And now, almost two years later, hours after Derrick Jackson was seen with another woman, he announced that he and his wife De’Naia Jackson have filed for a divorce.

“Over the past several months, my family and I have gone through many changes. Some of you have speculated while others of you have reached out to offer support as we privately established this new normal for ourselves and our beautiful children.

Earlier this year after much prayer, counseling, and deep consideration, we decided to go our separate ways and filed for divorce. Making the decision to file was one of the hardest decisions of my life, but I’ve found peace knowing that our mission of raising healthy children, starting with healthy and whole parents is still being accomplished.

From falling in love as just teenagers, to becoming spouses and now co-parents, I’m grateful for the years we’ve spent together and wouldn’t trade them for anything. I was blessed to have such an amazing person in my life and will forever be thankful for all she’s meant to our family.

We ask that if you pray, to please pray for us as we navigate this grieving process. If not, please respect our privacy.”

According to a Tasha K exclusive, Derrick Jackson was caught at the Art Basel with a woman who is not his wife. TSR reports that,

Tasha k released exclusive photos of relationship coach Derrick Jackson in close proximity with another woman in Miami during #ArtBasel.

Shortly after, Derrick Jackson announced his divorce and alluded to the fact that he had separated from his wife, Da’ Naia Jackson, earlier this year.

However, it doesn’t appear Da’ Naia was on the same page, because less than a month ago she posted a video on social media spewing word curses over anyone that tried to defame or destroy her relationship with Derrick Jackson.

In November, she released a program for married couples that teaches them how to overcome infidelity.

This whole drama is quite messy and we would be putting the couple in prayers.