WHAT FANS DO NOT KNOW ABOUT DAVE CHAPPELLE 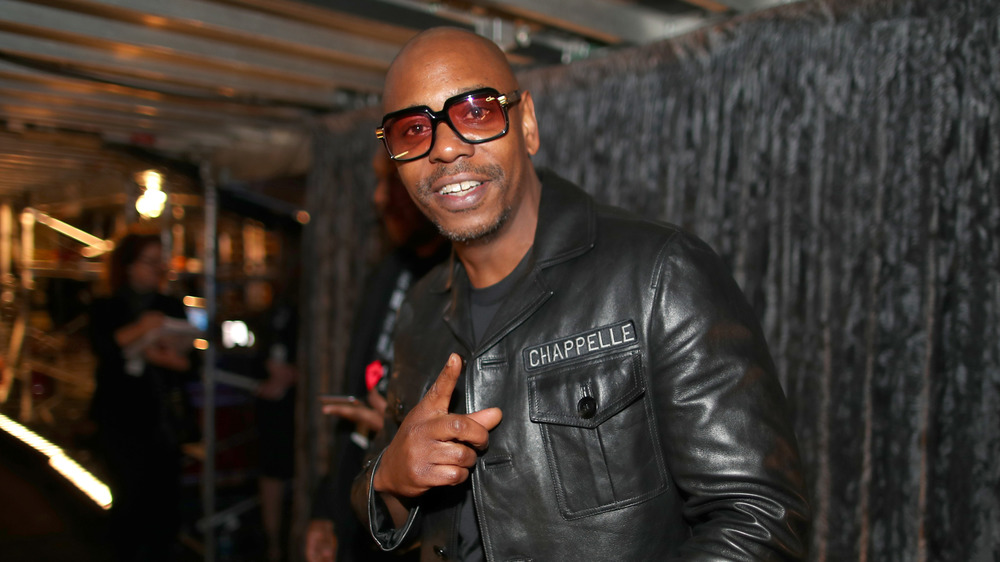 According to  https://www.nickiswift.com/ Dave Chappelle was in high school when he began following his dream of becoming a standup comic. After graduation, he moved to New York to pursue his career. Chappelle was just 19 when he bagged a role in Mel Brooks’ 1993 comedy Robin Hood: Men in Tights. Few years later, he starred in his own TV sitcom. Chappelle had successfully established himself as a comedic force to be reckoned with. 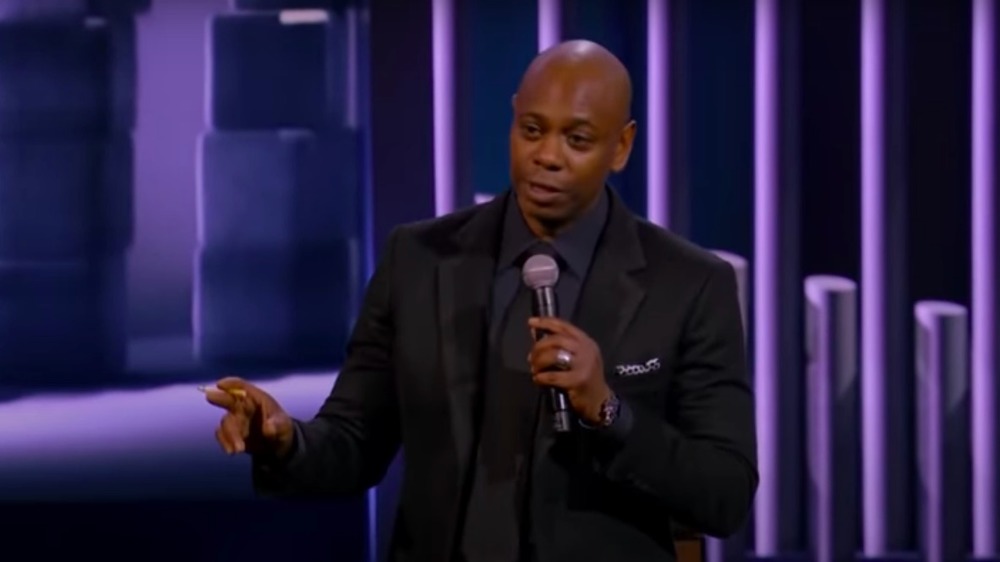 Early 2000s, Chappelle hit the heights; when his Comedy Central sketch series ‘Chappelle’s Show’ made home-video history, as Entertainment Weekly reported in 2005; the second season became the fastest-selling TV-on-DVD release ever. At the peak of his success, with Comedy Central offering a hefty chunk of change for two more seasons, Chappelle abruptly quit; disappeared from the scene and wasn’t on the news for years; until eventually he reappeared, sharper and funnier than ever.

Dave Chappelle lives on a farm in rural Ohio. He got listed by Time, as one of the top 10 most reclusive celebrities, Dave Chappelle doesn’t live in Beverly Hills or New York’s Upper West Side, but in a farm outside the small town of Yellow Springs, Ohio.

In an interview with Hot 97, Chappelle explained how he landed in rural Ohio. Chappelle revealed, “because my parents split up when I was a kid and my dad had lived out there. He got real sick in like ’98, so I would drive back and forth from New York. And there’s no good hotels where I live, so I just bought a house. Then, at a certain point, I just moved into the house. Then, when I quit [Chappelle’s Show], I moved back into the house.”

According to Chappelle, he could easily afford to live in the Big Apple if he wanted to. “But I would have to work all the time,” he explained. “But in Ohio, I can do that for a long time and not work. As far as people out there know, I don’t work. They never see me work.”

During the pandemic, Dave Chappelle got resourceful. He came up with an idea that would allow him and some of his fellow comics to perform safely; in front of a socially distanced audience of just 100 at an outdoor venue in his hometown of Yellow Springs, Ohio.

According to Cleveland.com, the people who attended the shows at Yellow Springs’ outdoor Wirrig Pavilion received temperature checks before entering and were required to wear face masks.

Dave Chappelle Worked as an Usher

During a 2009 standup set, Dave Chappelle revealed that he once worked at the theater where President Abraham Lincoln was assassinated by John Wilkes Booth. He elaborated on that job, which he held while he was in high school, during an interview with NPR’s What’s Good With Stretch And Bobbito podcast. “I used to be an usher at Ford’s Theatre, where Lincoln got shot,” he said, but explained that he didn’t remain employed there for too long. “I quit like Chappelle’s Show. I just stopped going,” he said. According to Chappelle, once he made his abrupt exit he never returned.

Dave Chappelle is known as a comedian’s comedian, arguably one of the best that is and ever was on a standup stage. In October 2019, he was formally recognized for his comedy abilities when he was awarded comedy’s most prestigious honor, the Mark Twain Prize for American Humor, at the posh John F. Kennedy Center for the Performing Arts in Washington, DC.

In his acceptance speech, Chappelle paid tribute to standup comedy itself. “There is something so true about this genre, when done correctly, that I will fight anybody that gets in a true practitioner of this art form’s way,” he told the Kennedy Center audience.

Forrest Gump is one of Hollywood’s most beloved movies, sweeping the 1995 Oscars; by winning a whopping six Academy Awards. Dave Chappelle could have been a part of this historic film — but turned it down. According to IMDb and TV Overmind; the role of Forrest’s Vietnam War buddy, shrimp-obsessed Benjamin Buford “Bubba” Blue; went to Mykelti Williamson after several other actors passed, including Ice Cube and Chappelle. After reading the script, Chappelle apparently surmised Forrest Gump would be a box-office bomb. So, he didn’t take the part.

When he subsequently had the opportunity to work with Tom Hanks again, Chappelle jumped at it; he played Hanks’ sidekick, Kevin, in the 1998 rom-com You’ve Got Mail, although that movie was nowhere near as big a hit as Forrest Gump.

The success of Chappelle’s Show catapulted Dave Chappelle to a whole new level, playing to larger venues than he ever had before. As a result, these shows took on an aura more associated with a rock concert than a comedy show.

The success of Chappelle’s Show cannot be understated; breaking DVD sales records and generating big money for Comedy Central. In 2004, The Hollywood Reporter (via Today), reported Dave Chappelle was offered a $50 million deal for two more seasons. However, Chappelle instead simply bowed out; fleeing to South Africa amidst unfounded rumors of drug abuse and mental instability.

Why Chappelle chose not to continue the show is complicated. As he explained to Time in 2005, he made the decision while shooting a sketch in which he played pixie who was in blackface. In 2006, he told Oprah Winfrey that the sketch had a “good-spirited intention behind it,” but while filming; “somebody on the set, who was white, laughed in such a way; I know the difference of people laughing with me and people laughing at me — and it was the first time I had ever gotten a laugh that I was uncomfortable with.” Once he started to feel “socially irresponsible,” he walked away.

Dave Chappelle sees the comedy world as his domain, so it shouldn’t be surprising that his closest friends are his fellow comedians. One of these friends is Chris Rock. Regarding their friendship; Rock told Howard Stern in September 2020 that he’s “just in love with Dave” and called their dynamic a “Basquiat/Warhol thing.”