AFRICAN FOLK TALES: A CAPTIVATING MYTH ON WHY PEOPLE CRY WITHOUT A REASON 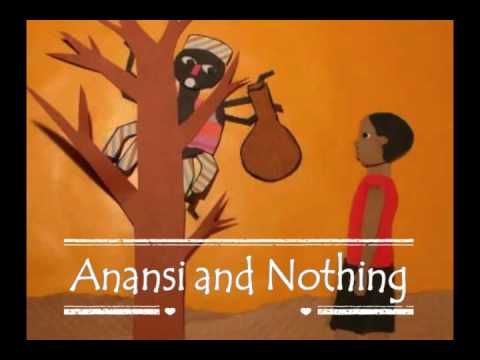 Folk tales are the traditional beliefs, myths, customs, and stories, relating to a community, or a group of people; it is passed through generations, by word of mouth.

Today on our folk tales, we present to you a west African Ashanti story; “Ananse and Nothing.”

Ananse lives in a miserable little hut, and beside it, there was a fine palace where a certain rich man called Nothing, lives in . Nothing and Ananse set off together, to a neighbouring town, in search of wives.

Nothing, the rich man, wore a lovely velvet cloth, while Ananse had a ragged cotton on. While they were on their way; Ananse persuaded Nothing, to give him his clothes for a little while; promising to give back the fine velvet before they reached the town. He did this twice, till they arrived at their destination. 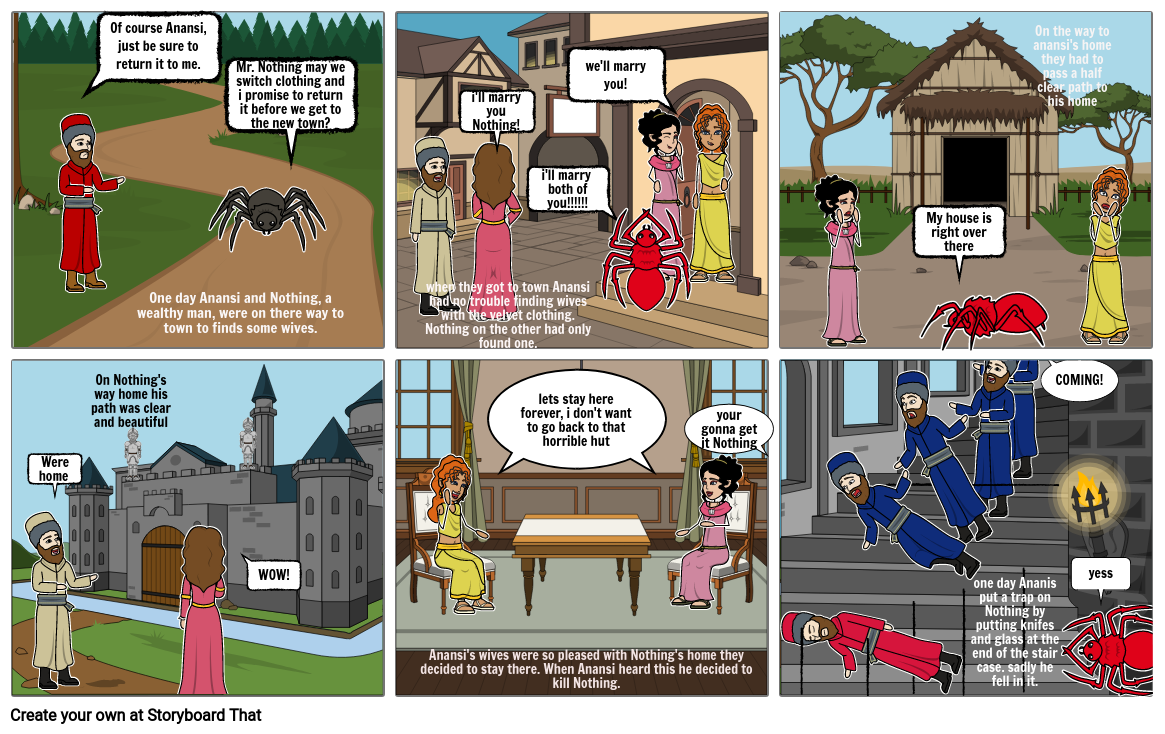 Ananse dressed in Nothing’s fine garment, found no difficulty in getting as many wives as he wished. Poor Nothing, with his ragged and miserable cloth, was treated in a disdainful manner. At first he could not get even one wife. At last, however, a woman took pity on him and gave him her daughter. The poor girl was laughed at, by Ananse’s wives; for choosing such a beggar. She ignored their scorn.

The party set off for home. When they reached the cross-roads leading to their respective houses the women were astonished. The road leading to Ananse’s house was only half cleared. The one which led to Nothing’s palace was, of course, wide and decorated. His servants had strewn it with beautiful skins and carpets, in preparation for his return. Servants were there, awaiting his return, with fine clothes for Nothing and his wife. No one was waiting for Ananse.

Nothing’s wife was queen over the whole district and had everything her heart could desire, Ananse’s wives could not even get proper food; they had to live on unripe bananas with pepper. The wife of Nothing heard of her friends’ miserable state and invited them to a great feast in her palace. They came, and were so pleased with all they saw and they agreed to stay at the palace. They refused to return to Ananse’s hut.

He was very angry, and tried in many ways to kill Nothing. However, he persuaded some friends to dig a deep tunnel in front of Nothing’s door. When the hole was finished Ananse lined it with knives and broken bottles. He then smeared the steps of the palace with okro to make them very slippery, and withdrew to a little distance.

When he thought Nothing’s household was safely in bed and asleep, he called to Nothing to come out to the courtyard and see something. Nothing’s wife, dissuaded him from going. Ananse tried again and again, and each time she bafellde her husband not to listen. At last Nothing determined to go and see this thing. As he placed his foot on the first step, he slipped, and down he  into the hole. The noise alarmed the household. Lights were fetched and Nothing was found in the ditch; so much injuries caused by the trap and he died. His wife was terribly grieved at his untimely death.

She boiled many yams, mashed them, and shared the food to all the children and adults. To every one she met, she gave some; so that they’d help her to cry for her husband, Nothing. The children cried and when asked why they were crying, they said they were crying for Nothing.

This is why today, if you find someone, especially children crying, and ask for a reason, the reply you’d get is “nothing.”