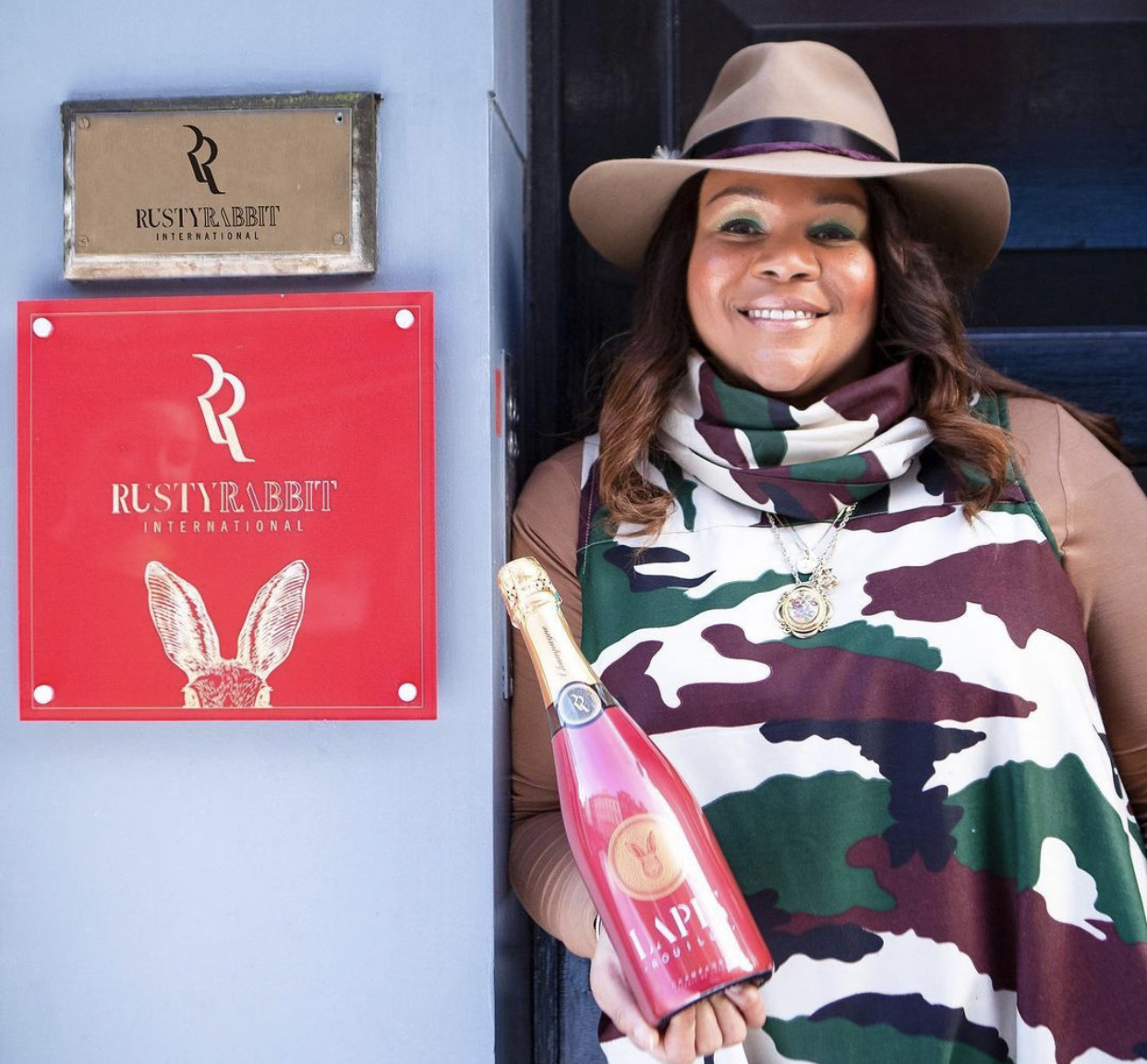 For two years, Nichole Johnson helped other alcohol and spirits brands takeoff in more than 15 countries, and then she decided to create a lane for herself in an industry dominated by white men. Taking that leap of faith, Johnson is now the founder of Lapin Rouillé Champagne; the first Black-owned champagne brand sold in the United Kingdom.

The champagne is made from Pinot Meunier grapes from Massif de Saint-Thierry, Reims in France.

“I saw a gap in the market that allowed me to showcase that having an actual champagne [brand] is not impossible to acquire or produce for the masses,” she told Travel Noire. “I created Lapin Rouillé to showcase the skills of my company and to pay homage to our company’s original first lady and inspiration, my late Nana, Hazel Brown.”

According to Johnson, Lapin Rouillé means Rusty Rabbit – her company’s namesake the champagne brand falls under.

“Rusty Rabbit was a term of endearment that my Nana gave to me. If she loved you and cared for you, she called you her Rusty Rabbit. Lapin Rouillé is my way of paying tribute,” Johnson added.

She attributes her success to the fact that she grew up as a “surrogate” in the industry as both of her parents are associated with Anheuser-Busch. Through Rusty Rabbit International, she builds wine and spirit brands for clients as well as her own brand by importing and exporting alcohol all around the world.

Despite her success, Johnson admits that starting a brand centered around alcohol and spirits has come with some challenges.

“I chose to break into an industry with a spirit that highlighted the ingenuity of African culture, traditions, and inventions. I’m obviously a Black woman in a white male-dominated area, and I was telling the story of a Black man. We faced challenges but the quality and story of the products I work with speak for themselves,” she said.

So, what’s Johnson’s reaction to being the first champagne brand sold in the UK?

“In 2021, you can still say that?! It takes a lot of work, a lot of diligence, and a lot of sacrifice. I’m just lucky that my team and I know the drinks industry and how to navigate it.”

She hopes that in the next 10 years LVMH is a part of the culture, including food, fashion, and music. She also plans to add worldwide distribution.