READ THE STORY OF THE ANCIENT AFRICAN QUEEN THAT LED 40,000 WARRIORS TO WAR! 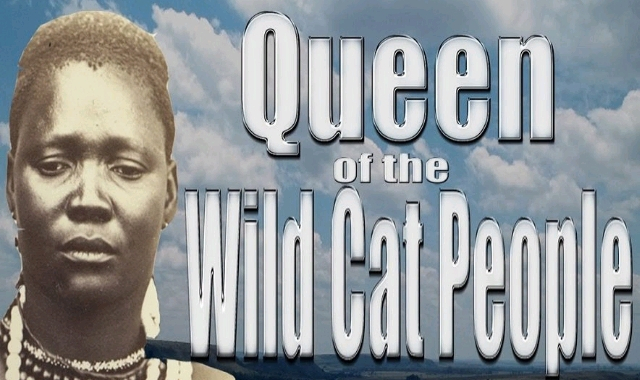 Manthatisi [Mmanthatisi] was a brave and fearsome human in the early 19th Century. Manthatisi was a warrior, who led strong men to battles; including the British invaders. She protected her territory during the southern African slave trade.

Manthatisi, the daughter of Chief Mothaba of the Basia people, got married to Chief Mokotjo, the chief of the Batlokwa people and she had four sons.

The people of Batlokwa (later became the Harrismith district, of the Free State province of South Africa); where she ruled and they fell in love with her. She was a queen and the head of the army. Queen Manthatisi was very influential across southern Africa.

Queen Manthatisi was a strong character, and it earned her the title ‘brave warrior.’ Historians have described her as “beautiful, powerful and intelligent.” Manthatisi rose to fame when her husband died, and her son Sekonyela, was too young to rule.

Manthatisi became a regent for her son Sekonyela, commanded the Tlôkwa into the Caledon valley and driving out other Sotho communities living there. Her troops seized the crops and cattle of the people they attacked, leaving a trail of destruction and devastation. This bravery and victory, gave her a slot in the African history. 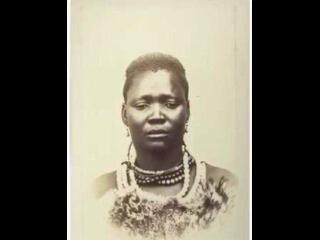 Manthatisi is a real leader, who stepped up to her enemies and never disappointed her people. History has it that she led an army force of about 40,000 men, women and children, to conquer kingdoms.

The book ‘Manthatisi and Sekonyela: Queen of the Batlokwa (Book 1 of 2)’ referred to her as the ‘Queen of the Wild Cat People’ as a result of her stubbornness.

Manthatisi’s notoriety, was the reason Sotho-Tswana raiders became known as “boo-Mmanthatisi”, or “Mantatee Horde” by the English. It means, “Destroyer of Nations.” She was only stopped from entering the Cape Colony by British Forces near Aliwal North. Eventually Manthatisi settled her people on the Marabeng Mountains.

When the going got tough, Manthatisi led her people to flee for safety in a sister village known as Basia. Even there, she turned down offers to stay as a refugee with her people; and not even another show of love in Mokgalong Tlokwa; a nearby village, ruled by Nkgahle, who offered asylum and assistance, changed her heart.

It was reported that she refused the offers to settle in other villages/tribes. She chose to fight for and retain the independence of her tribe. So Manthatisi left and moved on with her people and eventually settled on the Marabeng Mountains. One day, a famous Botswana chief, Makaba of the Bangwaketsi, stood up to Manthatisi and defeated her strong army.

Since her flight from the Harrismith district Mmanthatisi had managed to brush aside all opposition in the territories she crossed; but now in the stifling bushveld of Botswana, she was to come face to face with a foe, whose fighting forces were large, and better than the Wild Cat People. The vanguard of Mmanthatisi’s army strode into an ambush; large groups of men fell into concealed pitfalls and met their death beneath. A battle broke out; hundreds of the invaders were massacred. Before the situation could develop into a rout Mmanthatisi suddenly disengaged her armies and retreated with her hordes to the east. Thus Makaba became the first Sotho chief to repulse the formidable BaTlokwa (Wild Cat) Army, and to this day he is spoken of as the ‘Man of Conquest.’”

Manthatisi’s son took over the kingdom, when he became of age. She reportedly died around 1835 and was buried outside Ficksburg in present day Free State of South Africa. The South African Navy has honoured her by naming a submarine after her: SAS Manthatisi.

According to wikiwand In South Africa, the Batlôkwa are found in significant numbers, in the six of the mainland provinces, namely North West, Gauteng, Limpopo and the Free State, Kwazulu-Natal and Eastern Cape. Partially some are found in the Western Cape.