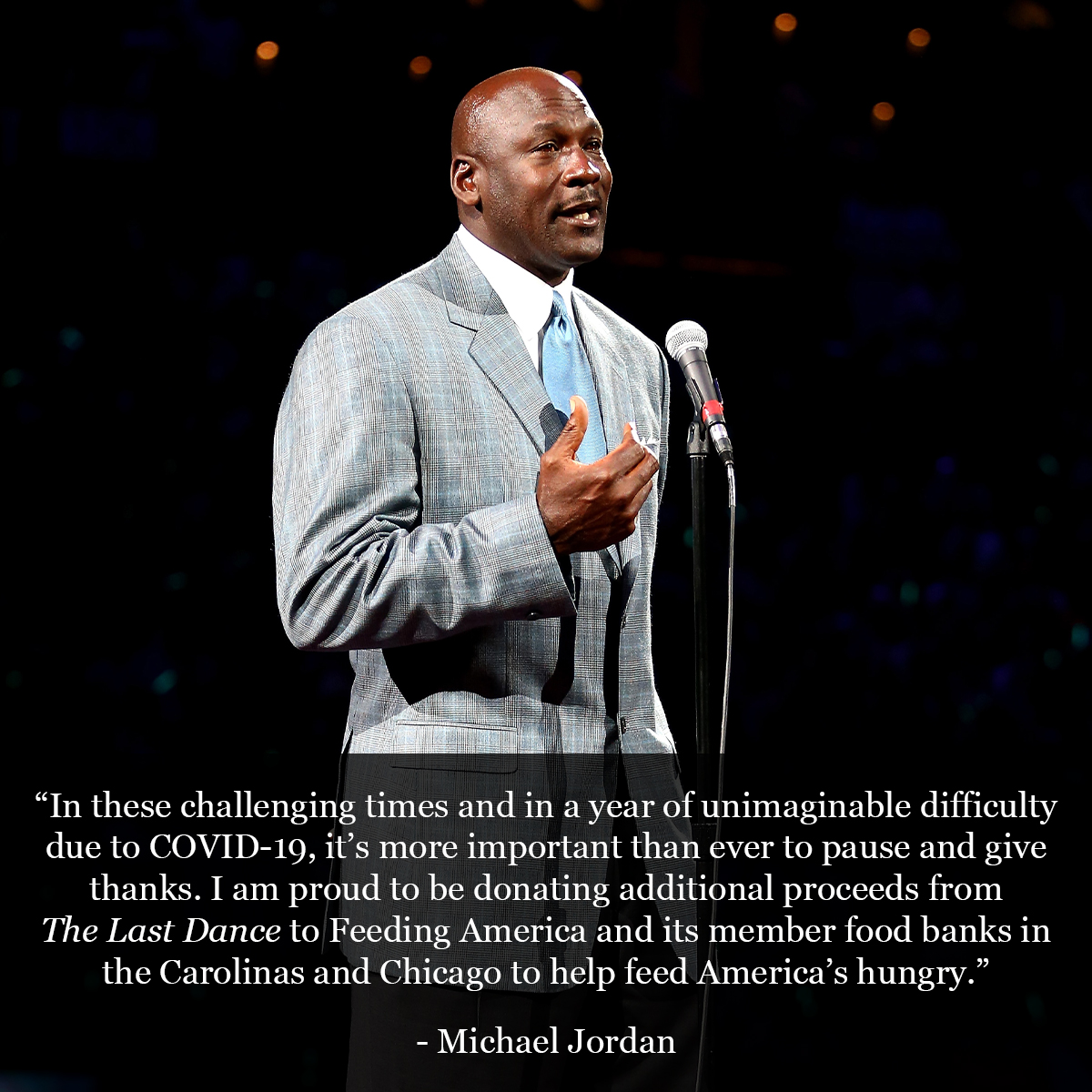 The Last Dance documentary that documented Michael Jordan’s career with Chicago Bulls, was one of the most popular television events of 2020. This came with lots of profit. In this season of Thanksgiving, Jordan has decided to give back and donate proceeds from the documentary to the needy.

The NBA Champion and owner of Charlotte Hornets, Michael Jordan, donated $2 million, the proceeds from his “The Last Dance” documentary to Feeding America, to aid the hunger-relief organization’s efforts.

Feeding America made this announcement on Thanksgiving eve.

The nonprofit hunger-relief organization, which provides food to needy Americans, through its nationwide network of food banks, expressed gratitude to the billionaire business mogul, on twitter.

An incredible gift to be thankful for – NBA legend Michael Jordan is donating $2 million to help our neighbors facing hunger! #TheLastDance,” the organization tweeted. 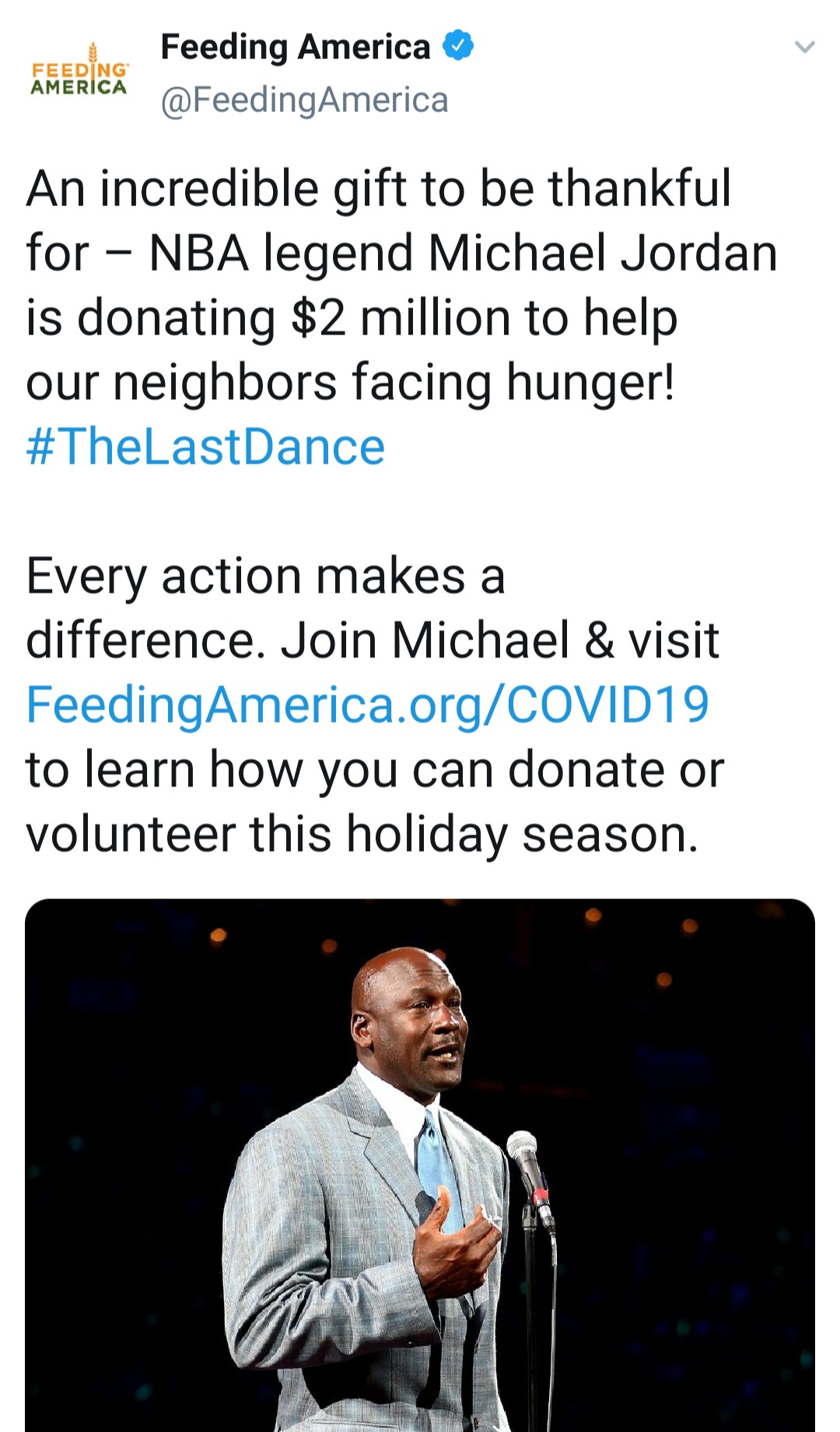 In a statement, Jordan reflected on the challenging period of hardship due to COVID-19.

“In these challenging times and in a year of unimaginable difficulty due to COVID-19, it’s more important than ever to pause and give thanks. I am proud to be donating additional proceeds from The Last Dance to Feeding America and its member food banks in the Carolinas and Chicago to help feed America’s hungry.”

In April, Forbes reported that Michael Jordan planned to donate the proceeds from the docuseries to charitable causes. This appears to be an extension of that plan.

Michael Jordan is an American former professional basketball player and the principal owner of the Charlotte Hornets of the National Basketball Association (NBA).