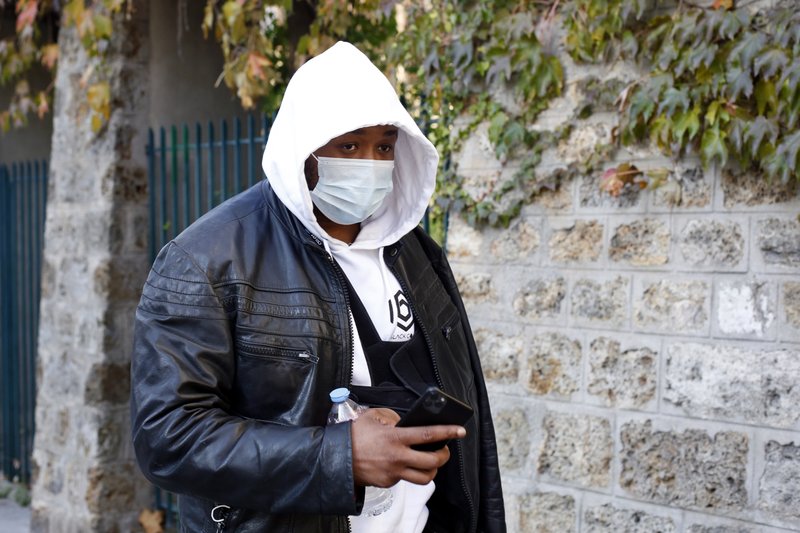 A black man identified as Michel Zecler, has been brutally assaulted by Several police officers in the capital city of Paris. These police officers have been suspended and are under investigation after they were filmed brutally assaulting the man inside his music studio on November 21. The suspension of the four policemen, was ordered by French Interior Minister Gerald Darmanin, the Associated Press reported.

In an interview with the news outlet, the victim, a music producer, said he wants justice. These police officers reportedly followed Michel Zecler into his studio and assaulted him; punched him several times and also hit him with a truncheon. Besides the assault, Zecler also claimed the officers subjected him to racial abuse among other insults.

Zecler, who suffered injuries on his head, arms and legs, said he was assaulted without reasons; said he’s glad “the truth is out.” “I want to understand why I have been assaulted by people who were wearing a police uniform. I want justice actually, because I believe in the justice of my country.”

The incident has provoked an outcry across France; as this incident came at the same time the government of France, is trying to push through a controversial bill, that would restrict the filming of police. Civic and journalist freedom groups opposed the bill, calling it a shield for brutality.

His lawyer, Hafida El Ali, said: “He asked them what they wanted, if they wanted to check his identity. … They didn’t stop beating him, the video of the violence (inside the studio) lasts for 12 minutes.”

Reports confirmed that the policemen, threw in tear gas grenade into the studio and also called for back up.

El Ali said that nine others who were recording music in the studio basement were also beaten.

“Outside, they are still beaten up and thrown to the ground; and that’s the moment when a police officer sees they are being filmed,” she said. Then the violence stops. Zecler was taken into custody.

“I’m obviously scandalized by these images,” Justice Minister Eric Dupond-Moretti said in a television interview. “There are racist police, lawyers or bakers, but to say the police are racist, it’s not true.”

Zecler’s lawyer, stressed the value of the videos in her client’s case.

“These videos are essential because initially my client was being detained… for violence against people with public authority,” El Ali said. “This is very serious. The reality is that if we didn’t have these videos maybe my client would be in prison.

According to Le Parisien newspaper, based on the written record of the officers’ declarations the day after the arrest, Michel Zecler drew their attention because he was not wearing a mask — which is mandatory in Paris outdoors amid the coronavirus pandemic. He seemed “nervous” and a “strong drug smell” was emanating from him. They said he was getting “dangerous” toward them.

Michel Zecler’s lawyer said: “My client never committed any violence against the police… He did not even defend himself.”

The assault video was posted on social media by Loopsider, a French digital news outlet, and has been viewed more than 8 million times

Few days ago, amateur clips of police officers brutally assaulting migrants and tossing them out out of the tents were seen on social media, while evacuating a protest camp. The government has ordered an investigation.

French Interior Minister Gérald Darmanin, said on a news broadcast Thursday, that the officers had “sullied the uniform of the Republic” and would be fired.