How This Black Woman-Owned Skate Company Is Changing The Culture 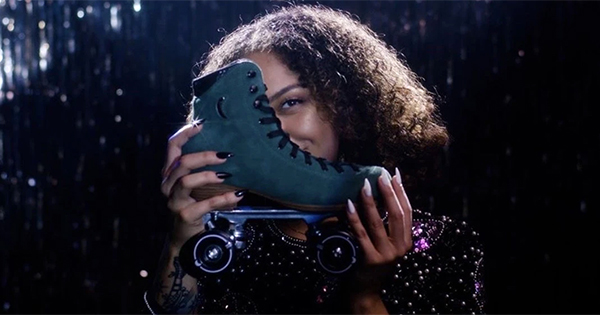 According to Blacknews.com, 25-year old Adrienne Cooper, the African American founder of Moonlight Roller, has quickly cemented her company’s status in skate culture as the new “it” brand. Since the launch of its highly anticipated roller skate line in May 2020, the company has achieved over 3 million in sales. The roller skates (called Moon Boots) have been purchased in 49 states and across the world, including the U.K. and Australia.

Moonlight Roller has also garnered attention for its new contribution to skate culture: a mobile skate rental counter to transform any space into a pop-up skating rink. The mobile counter branch of the company (titled Moonlight x Mobile) has already approved franchises under the same name in Seattle and Austin.

What makes the brand so special is the company’s young founder, Adrienne, who is both a mother and a veteran. After returning to her love of skating to get through an episode of depression, Adrienne decided to leave her job as a sales manager, creating her own company in March of 2019.

Originally planned as a first of its kind 21+ roller lounge in Chattanooga, TN, Adrienne pivoted her focus to Moonlight x Mobile and mobile skate parties as a way to create income for the company while waiting for the lounge to be built. When the pandemic halted the ability to provide that service, she decided to do a limited run of the rental skates she designed and named Moonboots. The Moonboot launch catapulted the company into the skate industry’s spotlight, and if you ask the many reviewers on YouTube — it’s a contender against long-established skate brands.

With a recent mention in Vogue, Moonlight Roller has been hailed across the country as a leader in the “Roller Revival” (the name for the resurgence of roller skating as a pastime). It’s an innovative approach to skating and creative branding makes it a favorite among avid and amateur skaters around the world. From Moonlight x Mobile’s ability to transform any space into a pop-up skate party, the Moonboots perfect mesh of style and practicality, and the upcoming upgrade of your typical roller rink to a sophisticated lounge — Moonlight Roller is changing skate culture as we know it.