PARIS SAINT-GERMAIN AND FOOTBALL WORLD SHOW SOLIDARITY TO ISTANBUL COACH IN THE FIGHT AGAINST RACISM. 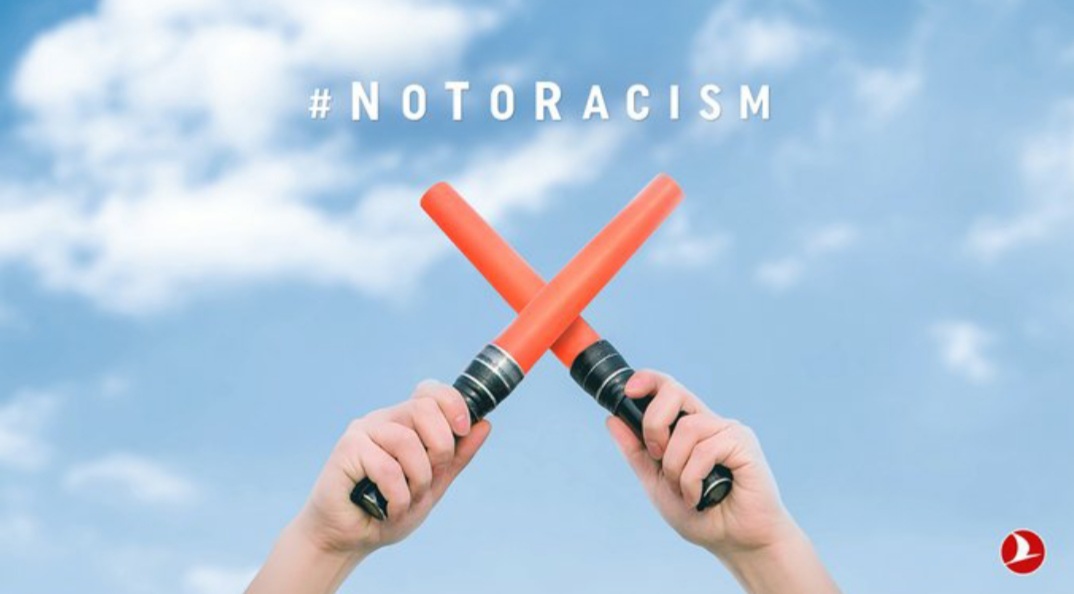 The pledge by professional footballers and the footballing world to combat racism and promote equality in the game took a pragmatic turn on Tuesday and Wednesday, November 9, in a UEFA Champions League game, week six replay involving PSG and Istanbul Basaksehir.
Before the game commenced, the players of both clubs wore T-shirts with “No To Racism” inscription, while PSG unfurled huge anti-racism banners at Parc de Prince stadium which was the match ground.

Every player of both clubs took a knee at the sound of the whistle before the kickoff in support of BLM movement. 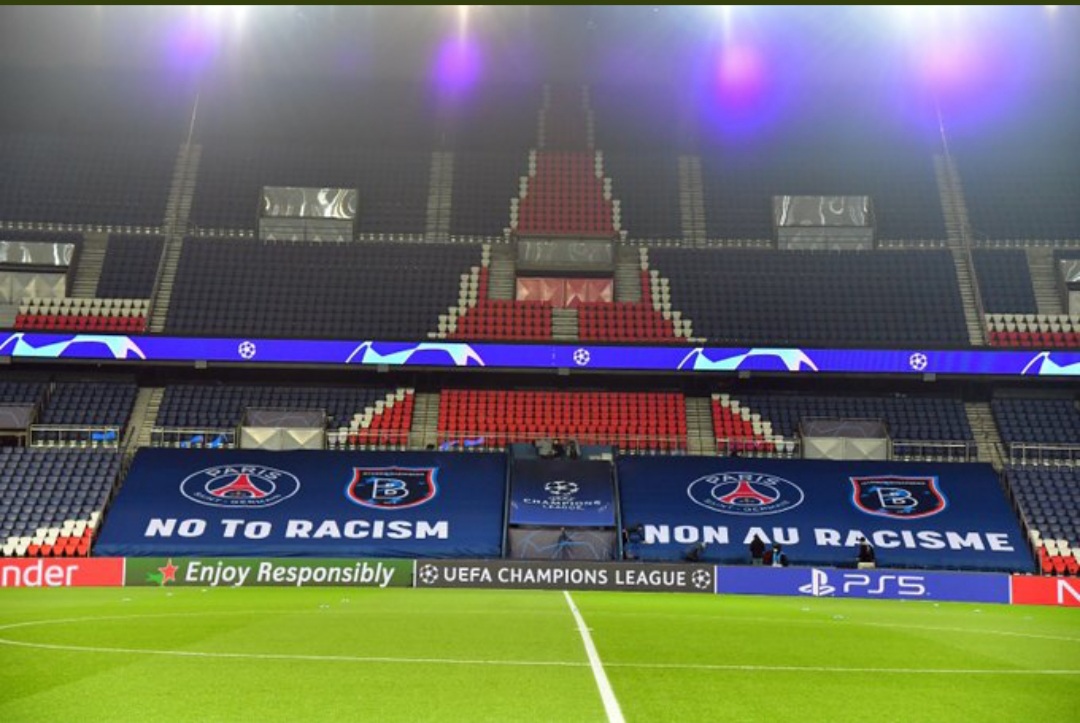 These were all actions taken in support for Mr. Pierre Webo, the assistant coach of Basaksehir, who was alleged to have been referred to with a racist slur by the fourth official the day before, and to make a bold statement that racism is not allowed in the game.

The Champions League match between PSG and Basaksehir that was supposed to be finalized on Tuesday was abandoned after both teams walked off the pitch following the racist incident.

Play was initially suspended for almost two hours after a row broke out in the 14th minute when Pierre Webo was sent off. Video footage emerged which appeared to show Webo accusing the Romanian fourth official, Sabastian Coltescu, of using racist language.

Basaksehir player Demba Ba was seen on the touchline, after his assistant coach was sent off, protesting while PSG players including Kylian Mbappe and Neymar demanded for explanation from the officials and fellow players.

Demba Ba’s voice was picked by the microphone while he asked the official: “why do you have to say ‘this black guy’?”

After much time spent on the touchline protesting against the action of the fourth official, Istanbul Basaksehir players, walked off the pitch into the dressing room while PSG players followed suit.

Immediately after the game, Basaksehir posted a message on their Twitter account which read: “NO TO RACISM” #Respect.” It was retweeted by PSG.

✊🏻✊🏿 NO TO RACISM | #Respect pic.twitter.com/Ic1BzfANoi