Texas Teen, DeAndre Arnold To Be Barred From Graduating For Having Dreadlocks 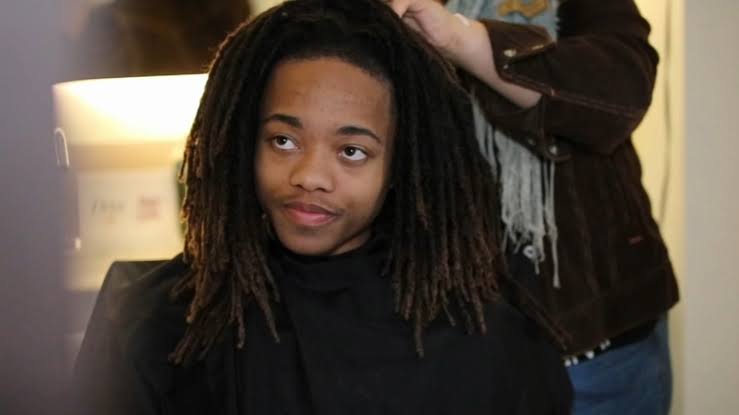 When we talk about rights for black People, vital parts of the identity of black People are not put into consideration. Or how else can it be explained that eighteen year old DeAndre Arnold, is about to miss out on his graduation just because of his dreadlocks.

DeAndre has been growing his dreadlocks since he was a seventh-grade student in the Barbers Hill Independent School District in Mont Belvieu, he told Fox 26 Houston.

DeAndre’s father, David Arnold, is of Trinidadian descent, and men in his family often grow their dreadlocks past hip length, the teen told KPRC.

As his hair grew, he and his mother, Sandy Arnold, would cornrow it down or intricately tie up his locks in a voluminous dark brown and honey gold bun to make sure his hair was off his collar, away from his earlobes and out of his eyes so he could meet the school district’s dress-code policy.

Her styling was no longer enough for the school, Sandy Arnold told Fox 26 Houston. Right before the school’s winter break, she and her son were called into the Barbers Hill High School principal’s office where they were given an ultimatum: Cut DeAndre’s dreadlocks or face in-school suspension.

“They say you can’t get around the dress code by having it up,” she told Fox 26 Houston’s Isiah Carey. “We’re at a standstill.”

Currently, DeAndre has been suspended from school.

The Arnold family contends the dress-code policy concerning male hair was changed in the middle of the school year, they said in a Monday night school board meeting.

The school district is standing firm on its policy. Which states male students can’t have their hair “gathered or worn in a style that would allow the hair to extend below” the collar, earlobes and eyes when let down.

DeAndre and his mother consider the policy to be sexist. Something  Barbers Hill superintendent Greg Poole disagrees with.

“Every school district in the nation has a dress code,” Poole told KHOU-11. While emphasizing that school districts have the right to make dress codes that meet local expectations of style. “I don’t think you can go to school in your underwear.”

Furthermore, DeAndre refusal to cut his hair has stopped him from returning to normal classes. And his mother claims his only other option is to consider attending a nearby alternative school. According to KHOU-11.

“My hair has nothing to do with my ‘excellence,’ as we say in Barbers Hill,” the teenager told the station. “How smart I am, what job I’m going to get — my hair doesn’t determine that. I determine that for my character.”

Ain’t None Of Y’All Black!

Gerry Monroe, the executive director of the United Urban Alumni Association, attended the school board meeting on Martin Luther King Jr. Day to scold the school board for not understanding the religious and cultural meaning of dreadlocks.

“I get it. You don’t understand locs because ain’t none of y’all black,” he said to board members, who are mostly white. amid finger snaps and mumbles of approval.

Other residents in the school district remarked about the reasons the policy should stand or not.

“I won’t stand for anybody bullying my child,” David Arnold said. Stating he and his wife have tried to address school board meetings with no luck to discuss the policy they say was amended in the middle of the school year.” All he wants to do is graduate.”

Arnold has no intention to.

“You can’t just let people walk all over you or anything like that,” he told KHOU-11. “You have to be willing to take a stand, and that’s what I’m going to do.”