Archbishop Wilton Gregory Has Become The First African-American Cardinal In The History Of The Catholic Church. 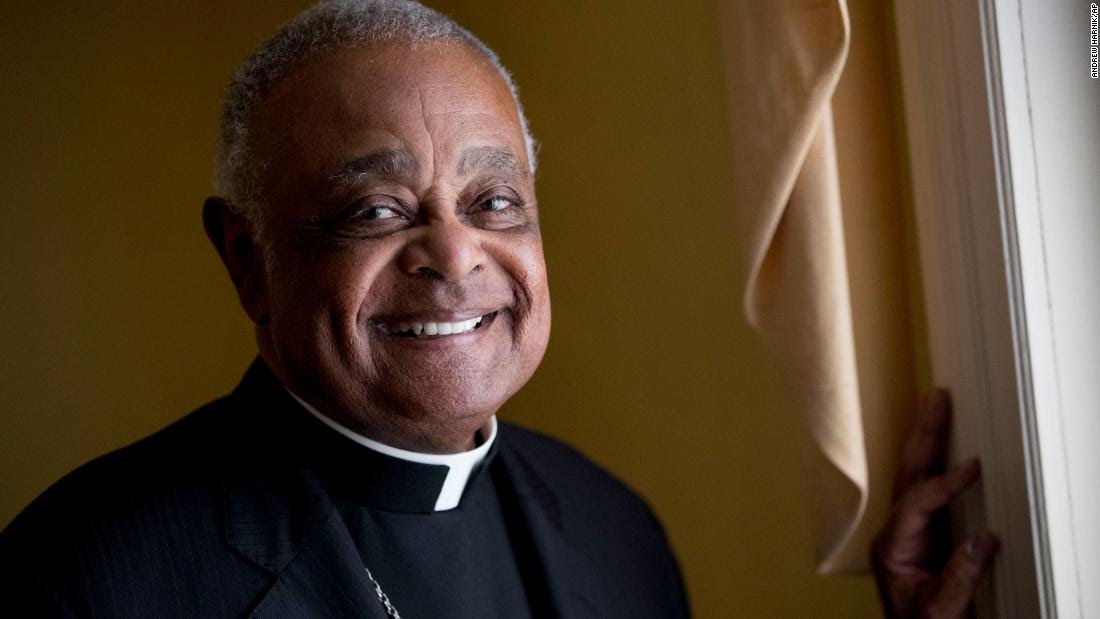 Pope Francis has confirmed 13 new cardinals to the highest rank of the Catholic Church hierarchy, including archbishop Wilton Gregory; who becomes the first African American to hold the position, Vatican News reported.

In a ceremony at St Peter’s Basilica at the Vatican on Saturday, which was scaled down due to the COVID-19 pandemic, the pope gave the 13 men their ring and traditional red hat, known as a biretta.

Wilton Gregory, has served as archbishop of the Archdiocese of Washington, DC since May 2019.

“With a very grateful and humble heart, I thank Pope Francis for this appointment which will allow me to work more closely with him in caring for Christ’s Church,” Gregory said in a statement last month.

He told The Associated Press news agency ahead of Saturday’s ceremony that he viewed his appointment as “an affirmation of Black Catholics in the United States, the heritage of faith and fidelity that we represent”.

An outspoken civil rights advocate, Gregory, 72, made headlines in June when he criticised US President Donald Trump for a planned visit to a shrine honouring former Pope John Paul II in the US capital.

That visit happened a day after police used tear gas to disperse racial justice protesters, who were demonstrating after the killing of George Floyd; to allow Trump to walk from the White House to pose for photographs in front of a nearby church.

The contentious events came at the height of a US-wide movement to end police violence and discrimination against Black people.

a statement on June 2, Gregory said it was “baffling and reprehensible” to see a Catholic facility “allow itself to be misused and manipulated” by Trump’s planned visit.

“Saint Pope John Paul II was an ardent defender of the rights and dignity of human beings … He certainly would not condone the use of tear gas and other deterrents to silence, scatter or intimidate them for a photo opportunity in front of a place of worship and peace,” Wilton Gregory said

Nine of the 13 cardinals appointed on Saturday are under 80 and eligible under Church law to enter a secret conclave to choose the next pope from among themselves after Francis dies or resigns.

Those nine come from Italy, Malta, Rwanda, the United States, the Philippines, Chile, Brunei and Mexico. Brunei and Rwanda got their first-ever cardinals on Saturday.