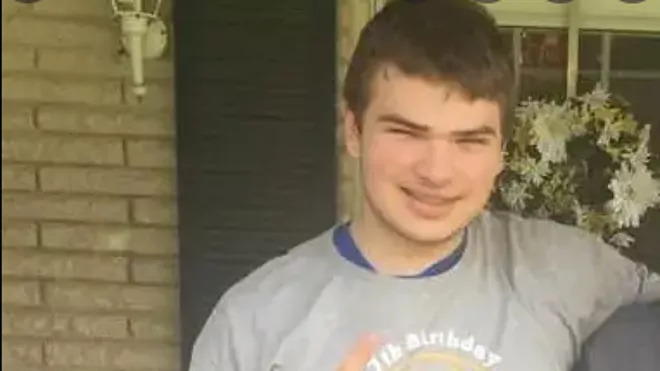 Ten people were killed in a racially motivated mass shooting at a Buffalo supermarket on Saturday; and by a suspect wearing tactical gear, who also had the N word written on his rifle as he live-streamed the attack.

Payton Gendron, the suspect in the Saturday afternoon shooting at a Tops Friendly Markets store, is in custody.

Payton Gendron, 18, was born in Conklin, New York. This is about 200 miles southeast of Buffalo; meaning that; he drove for more than three hours to live-stream the mass shooting. Which he carried out in a predominantly black neighborhood.

Investigators are also looking into a ‘white replacement theory’ manifesto he posted online in connection to the mass shooting.

Buffalo Police Commissioner Joseph Gramaglia identified the shooter as an 18-year-old White male “from hours away,” not the Buffalo area. They only recently learned the identity of the shooter.

According to Buffalo Police Commissioner Joseph Gramaglia; Payton Gendron, exited his vehicle at a Tops Friendly Market around 2:00 p.m. on Saturday. Gramaglia described him as “very heavily armed” and dressed in tactical gear. He also carried a camera and was live-streaming the shooting.

Payton shot four people in the parking lot before entering the store, killing three. He encountered a retired Buffalo police officer working as a security guard when he entered the store. According to Gramaglia; the guard fired multiple shots that struck the suspect; but did not injure him because of his tactical gear. Payton fatally shot the guard, then went on to shoot nine more people inside the store.

Payton made his way to the front of the store; where he was approached by Buffalo police officers.

He put his gun to his neck; at which point two Buffalo officers talked him into dropping his gun. And taking off some of his tactical gear, he surrendered to the police. Police then arrested him and transported him to the Buffalo police headquarters.

According to the New York Times; 13 victims were hit in the attack. 11 were black, and 3 were white. Four were store employees and the rest were customers.

Police have not released the victims’ identities, but New York State Senator Tim Kennedy said one of his staffer’s children was shot.

“To say I’m heartbroken tonight is an understatement. I’m heartbroken. I’m enraged. And I’m thinking of the families who will not be able to welcome a loved one home tonight. “Kennedy went on. “All because a person filled with pure evil made a calculated decision to take innocent lives. Let us be clear: this was a hate crime and a terrorist act against our community. It was racially motivated extremism at its purest.”

According to Stephen Belongia, the special agent in charge of the FBI Buffalo field office; the shooting is being investigated as a hate crime; and the FBI is assisting.

According to Erie County District Attorney John Flynn; the suspect has been arraigned; on a charge of first-degree murder, the most serious murder charge under New York law. The charge carries a life sentence without the possibility of parole.

Flynn stated that his office is now looking into potential terrorism and other murder charges.

Belongia said; the FBI is conducting an investigation in addition to the state investigation. New York Governor Kathy Hochul also stated that the state’s Hate Crimes Task Force is looking into the incident.

The Buffalo killing spree adds to America’s growing list of hate-fueled mass shootings. And the shooting adds to the growing toll of mass shootings in the United States this year; which stood at 197 as of Saturday afternoon, according to the Gun Violence Archive. A mass shooting is defined; as an incident; in which four or more people are shot; not including the shooter.

“This is the worst nightmare that any community can face; we are hurting and we are seething right now as a community,” Buffalo Mayor Byron Brown said. “The depth of pain that families are feeling and that all of us are feeling right now cannot be explained.”

Tops Friendly Markets said in a statement that; The shooting has left them “shocked and deeply saddened.”

“Our top priority remains the health and well-being of our associates and customers.” The supermarket stated. “We appreciate the quick response of local law enforcement; and are providing all available resources to assist authorities in the ongoing investigation.”

According to authorities, the Buffalo shooting is the latest high-profile mass shooting motivated by racial hatred. The FBI upgraded its assessment of the threat posed by racially motivated violent extremists in the United States; to a “national threat priority” in 2020. Putting it on par with the threat level posed by foreign terrorist organizations to the country. The majority of such attacks, according to FBI Director Christopher Wray; are “fueled by some type of white supremacy.” He told Congress in November 2019.