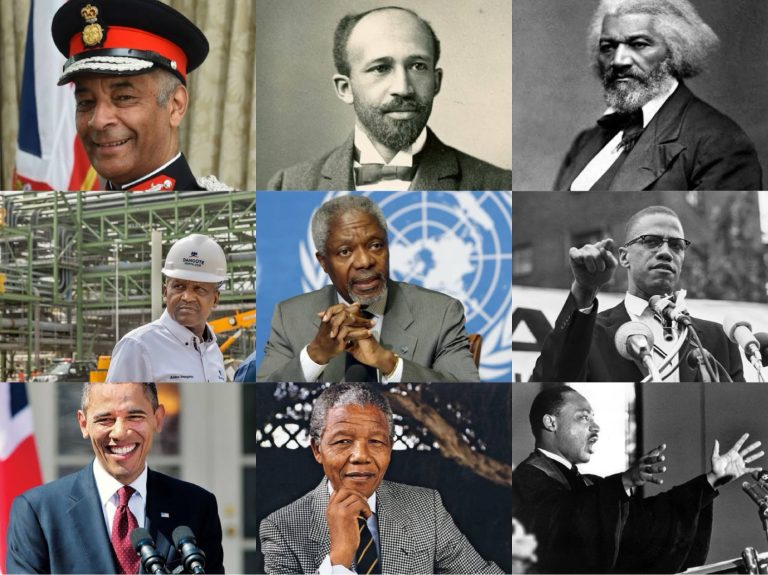 Although not much is said on mainstream media about the power and influence  of black people when compared to the influence of white people—Africans, African Americans and Black people in general boast of some of the most powerful black men in the world.

This article lists out 10 most powerful black men in the world that you may or may not have  heard/known or read about.

In no particular order, this list highlights the most powerful black men both in the past and the present.

One of the most powerful black men in the world is Sir Kenneth Olisa also known as Ken Olisa, The Lord-Lieutenant Of Greater London.

Officially named as the most powerful black person in Britain,  the Queen of England appointed Sir Kenneth Olisa OBE as Her Majesty’s Lord-Lieutenant of Greater London to succeed Sir David Brewer KG CVO CMG on 29 May, 2015.

Sir Kenneth Olisa is a businessman and philanthropist. He is also the founder of two technology merchant banks and the first British-born black man to serve as a Director of a FTSE-100 company. As an advocate of social inclusion, he is Chair of Thames Reach, a charity working to shelter and resettle the homeless; Chair of the Shaw Trust, supporting the disabled and chronically unemployed to find work; founding Chair of the Powerlist Foundation, supporting future leaders from Black and Minority Ethnic and disadvantaged backgrounds; a former Governor of the Peabody Trust; and a former Non Executive Director of the West Lambeth NHS Trust.

He was awarded a knighthood in the 2018 New Year’s Honours List. In 2019 he became President of London Youth, a member network of 450+ community youth organisations working across London, supporting tens of thousands of young Londoners each year. His father is a Nigerian man of Igbo extraction.

Born on the 17th of January 1942 as Cassius Marcellus Clay, Muhammad Ali made his name in the world of boxing as one of the greatest heavyweight champions of all-time. He changed his name in the early 1960s from “Cassius Clay,” which he associated with slavery, and adopted the new Islamic name of Mohammed Ali. Ali vocally objected to the Vietnam War, which moved him into the realm of left-wing activism and intersected race with a larger counterculture movement.

Ali’s actions in refusing to be enlisted into military service during the Vietnam and aligning himself with the Nation of Islam made him a lightning rod for controversy. Mohammed Ali metamorphosed from the outspoken but popular boxing  champion into one of that era’s most recognisable and controversial figures.

Ali was an Olympic and World Champion boxer, who also had a unique personality, based on self-belief and strong religious and political convictions.  In 1999, Ali was crowned “Sportsman of the Century” by Sports Illustrated. He also won the World Heavyweight Boxing championship three times and won the North American Boxing Federation championship as well as an Olympic gold medal. He is on our list of the most powerful black men in the world.

One of the most powerful black men in the world is Martin Luther King, Jr.  He is a very important figure in African American in history.  A federal holiday on the third Monday of each January, is set aside to celebrate his legacy. Dr. King made his mark in civil rights activism in the 1950s and 1960s by preaching nonviolent means of protesting segregation in the United States. His assassination at the hands of a white man in 1968 sparked riots and mourning across the world.

In his honour, America has stamped  a national Martin Luther King Day as he remains symbolic of America’s fight for justice and racial equality.

He is famous for his powerful freedom speech “I have a dream.”

The  richest black man in the world as well as Africa’s richest man, is on our list of the most powerful black men in the world.  The Nigerian billionaire’s latest project is a $10.5bn oil refinery that will be Africa’s largest. He is also investing in the continent’s manufacturing and agribusiness capacity.  Aliko Dangote is the founder and president/chief executive of the Dangote Group, the largest conglomerate in West Africa. The Dangote Group currently has a presence in 17 African countries and is a market leader in cement in the African continent. His cement company is the first  Nigerian company to join the Forbes Global 2000 Companies list.

In 2013, Forbes listed him as the ‘Most Powerful Man in Africa.’ Also, In April 2014, TIME Magazine listed him among its 100 ‘Most Influential People in the World.’ Aliko Dangote also made the list of CNBC’s ‘Top 25 Businessmen in the World’ that changed and shaped the century.

W.E.B. Du Bois (William Edward Burghardt) born on February 23, 1868, was a pivotal sociologist, historian, educator, and sociopolitical activist who argued for immediate racial equality for African Americans. His emergence as a Black leader paralleled the rise of the Jim Crow laws of the South and the Progressive Era. He was a co-founder of the National Association for the Advancement of Colored People (NAACP) and has been called the Father of Social Science and one of the Fathers of Pan-Africanism.

Du Bois worked tirelessly to end racial inequality during his lifetime. Through his membership in the American Negro Academy, he developed the idea of the “Talented Tenth,” arguing that educated African Americans could lead the fight for racial equality in the United States.

Du Bois’ concern for racial equality was not limited to the United States, as he was an activist for equality for people of African descent throughout the world. As a leader of the Pan-African movement, Du Bois organized conferences for the Pan-African Congress, including its inaugural gathering in 1919, when Leaders from Africa and the Americas assembled to discuss racism and oppression—issues that people of African descent faced worldwide. Du Bois moved to Ghana in 1961 and renounced his U.S. citizenship. He was given a state burial in Ghana at the time of his death. He is indeed one of the most powerful black men in the world.

Born on the 19th of may 1925, as Malcolm Little, Malcolm X was an influential African-American leader of the 1960s and one of the most powerful black men in the world. After he was released from jail, he became a member of the Nation of Islam, which advocated the separation of black and white Americans. He later converted to Sunni Islam and founded the Organisation of Afro-American Unity. He also advocated for Pan-Africanism and black self-determination. Unlike the mainstream civil rights movement, Malcolm X rejected the philosophy of non-violence and defended the judicial use of self-defence. He was assassinated on February 21, 1965.

Malcolm X undoubtedly had a powerful impact on influencing African American society and the American attitude to race. He was instrumental in forging the movement of black power and radicalism that departed from the  non-violent approach of Martin Luther King

Frederick Douglass lived during the Civil War in the middle of the 19th century. Douglass, a prominent abolitionist and former enslaved person is one of the most powerful black men in history. He is best known for his seminal autobiography, Narrative of the Life of Frederick Douglass, an American Slave. In this autobiography, he outlines his life as a slave and his subsequent escape, which proved instrumental to the abolitionist movement and the ultimate goal of ending slavery.

Frederick Douglass is remembered for his courageous opposition to slavery and his deeply held conviction in the equality of all people. He played a crucial role in changing public opinion about slavery and racial inequality. He was one of the first prominent African American leaders and remains  an inspiration to many.

Barack Obama served as the 44th President of the US from 2009 to 2017.  He is the first black president of the United States of America. In Foreign Policy, Obama sought to end the war in Iraq, though he committed military support to combat the growing presence of IS in Iraq and Syria.

Obama also signed up to the 2015 Paris Climate Change Agreement. Despite a fractious political system, Obama was noted for retaining a dignified and calm demeanour, seeking to unite the country in the face of divisive issues. He is widely regarded as a charismatic speaker – frequently speaking on the ideals of hope and optimism. He is undoubtedly one of the most powerful black men in the world.

Barack Obama was born 4 Aug 1961 in Hawaii. His father was a Kenyan intellectual and his mother a white teenager from Kansas.

One of the most powerful black men in the world, Nelson Rolihlahla Mandela was born on the 18th of July 1918. He was a South African political activist who spent over 20 years in prison for his opposition to the apartheid regime; he was released in 1990. In 1994, Mandela was later elected the first leader of a democratic South Africa and the first black president of South Africa.

He was awarded the Nobel Peace Prize  in 1993 for his work in helping to end racial segregation in South Africa. He is considered the father of a democratic South Africa and widely admired for his ability to bring together a nation, previously divided by apartheid. Nelson Mandela is one of the most admired political leaders of the Twentieth and Twenty-First Century for his vision to forgive and forge a new ‘rainbow’ nation.

Born on the 8th of April in 1938 into a family of traditional chiefs of the Fante tribe in Ghana, Kofi Annan rose to become Secretary-General of the United Nations, as well as winning the Nobel Peace Prize in 2001. He is famed for his calm and dignified manner, which was ideal for his work as a global peacekeeper.

As one of the most powerful black men in the world, one of the most challenging experiences for Kofi Annan was after the 9/11 terrorist attacks in the US and the US war on terror. In particular, Kofi Annan tried to persuade the US and UK to not to invade Iraq without the legal backing of the UN.