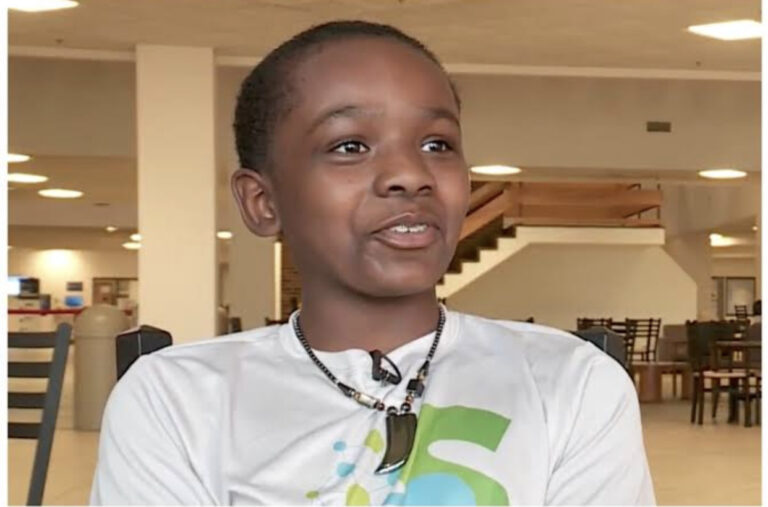 12 year-old Elijah Muhammad, is the youngest Black college student in the entire state of Oklahoma and a freshman at Oklahoma City Community College (OCCC).

As a senior in high school who is being homeschooled, Elijah is also majoring in cyber security at OCCC. Computer Technology, Computer Hardware, and Computer Operating Systems are among the three classes he is now taking.

Elijah recalled his classmates’ reactions when he first met them in class. “A bunch of them were like, ‘how old are you?’” he told KFOR News. “Once I told them my age, they all got surprised.”

Elijah Muhammad is from a family of achievers

Elijah’s success was not entirely unexpected because he comes from a successful family. His older sister, Shania Muhammad, became the youngest person ever to graduate  from both OCCC and Langston University in May of last year at the age of 14.

The siblings always engage in healthy competition, according to Elijah Muhammad Sr., their father.

“When he sees her accomplish certain things, he’s like I’m up next and I can do it,” said Elijah Sr. “We are the cheering section for our scholars.”

However, Elijah Muhammad acknowledges that despite them being competitive with each other, his older sister is a big help to him.

“We have a bunch of competitiveness. But she really helps me out with a lot of my studying,” said Elijah, who is on track to surpass his sister’s record of the youngest to graduate in the state.

Aside from being a historic outstanding student, Elijah Muhammad is also a three-time state champion wrestler and an entrepreneur with his own clothing line called Smart Boy.