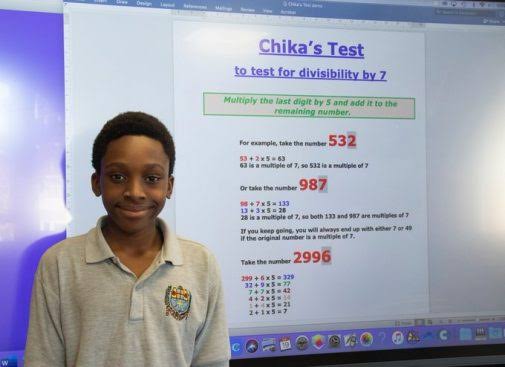 A young Nigerian, Chika Ofili has been awarded at the TruLittle Hero for discovering a new way to divide in mathematics. 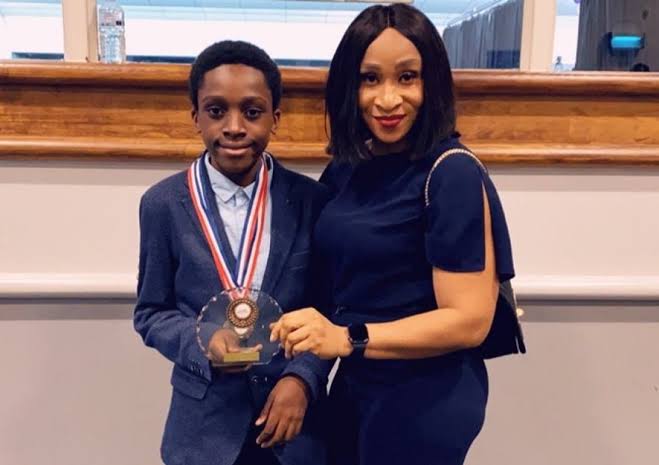 The UK-based Nigerian is 12 years and has made Nigeria and Africa proud.

Chika Ofili discovered a new mathematical formula that made the study of mathematics easier.

In an article in an educational journal, his mathematics teacher, Miss Mary Ellis who is also the head of the maths department at Westminster Under School said Chika discovered the new formula after a holiday assignment.

She said that she gave Chika a book called First Steps for Problem Solvers (published by the UKMT) to study during the holidays.

The book contained several divisibility tests, which are used to quickly work out whether a number is exactly divisible by either 2, 3, 4, 5, 6, 7, 8 or 9 before you start dividing.

However, there was no test listed for checking divisibility by 7. This was not listed because there is no easy or memorable test for dividing by 7 but Chika Ofili solved this problem.

Chika then demonstrated his new formula in front of the school faculty. Afterward, Miss Ellis got a neutral mathematics guru to test the theory. This person was Simon Ellis her younger brother who also taught mathematics.

He tested the theory and wrote an algebraic proof for it. He further discovered that the test works if you start by multiplying the last digit by 12, 19, 26, 33…and then add it to the remaining part of the number.

And that’s how Chika emerged as the latest award winning mathematician.