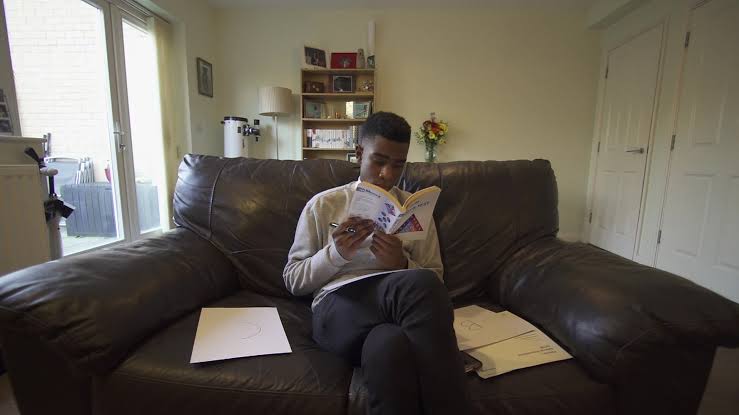 Black people are Gods! Right from the age of 2, Ramarni Wilfred has proven to be extra gifted.
Ramarni Wilfred Scored 162 on His IQ Test, Beating Albert Einstein, Stephen Hawking and Bill Gates, Placing Him in the Top 1% in the UK.

Ramarni Wilfred was 11-year-old when his IQ record, brought about an opening to join the prestigious Mensa society and placed him in the Top 1% in the Uk.

The signs that Ramarni was born to be extraordinary started showing before he was two years old. By 18 months, he was already having conversations with his mother about news headlines. He was always interested in books, especially the encyclopedia. By the time he turned three, Ramarni was almost reading and writing perfectly.

Because of his extra ordinary abilities, Ramarni was enrolled in a gifted and talented program, at St. Anthony’s Primary school in Upton Avenue, Forest Gate London by the age of ten.

He wrote an essay which got him a 2:1 and a mock Oxford graduation. It was an usual feat for someone his age and enough to earn him an invitation to take an IQ test at Birbeck University. Ramarni scored 162; a record higher than that of the German-born theoretical physicist, Albert Einstein, who had an IQ record of I60.

Even Bill Gates, the founder of Microsoft Corporation, and Professor Stephen Hawkins, the English theoretical physicist, are ranked below Ramarni Wilfred. Both are of the same record (160) with Albert Einstein.

However, true to greatness, Ramarni Wilfred remained modest as he addressed his extraordinary feat,  “I can’t begin to compare myself to these great men whose hard work proves they are true geniuses. Who knows? Perhaps my ‘true genius’ moment will come when I grow up but for now, I am just proud of myself and happy that my mother and sister are proud of me too.”

Also, commenting on his invitation to join the Mensa Society, , “I don’t really see having a high IQ as a big deal but I do feel very privileged to be invited to join Mensa. This is a great opportunity that can open a lot of doors for me. But I also believe that having a high IQ isn’t that important unless you do something really special with it.”

Go Ramarni Wilfred! Your black family is right behind you!! We are so proud!!!