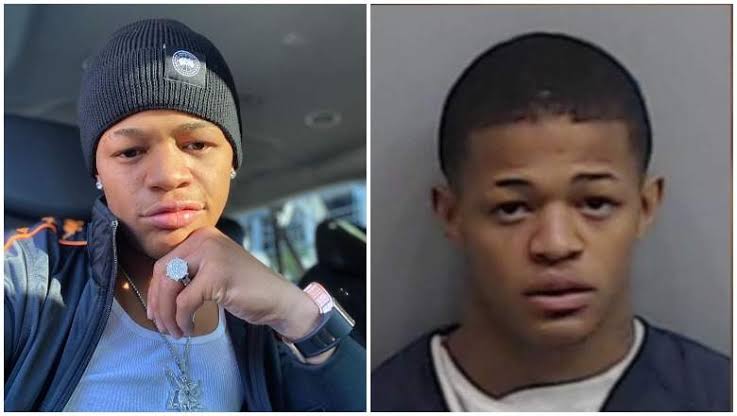 American singer and rapper, Yk Osiris has been arrested for allegedly beating up, biting and strangulating girlfriend at his own birthday party.

He was arrested on Monday in Atlanta on a felony charge of aggravated assault by strangulation, according to TMZ.

The police report says that YK Osiris’ girlfriend told the police back in September she got into a fight with him at his birthday bash and it ended with him choking her and allegedly biting her in the face.

She added that she confronted the rapper/singer after seeing a picture in his phone of another woman wearing nothing but a towel.She was upset about the picture and claims they started yelling when he allegedly said, “I am going to slap the s**t out of you.”
She also told the police that he chased her up a set of stairs into a bathroom and that’s when he choked her and bit her face. She adds that she bit his lip to get him off her, and the fight was eventually broken up.

The police report says his girlfriend had a noticeable mark under her left eye, where she claims she was bitten.Osiris was denied bond after he was arrested. Osiris has a preliminary hearing later this month at the Fulton County Courthouse.

This news arrives less than a month after Osiris dropped off his major-label debut album, The Golden Child.