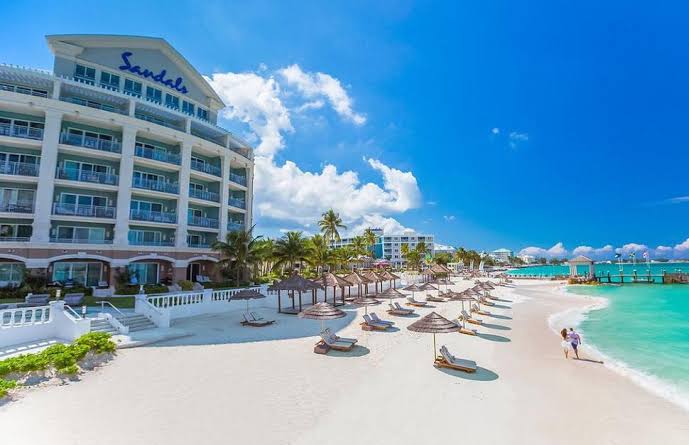 Three Americans were discovered dead at a Sandals resort in the Bahamas, and a fourth was taken to the hospital, according to officials.

In a statement on Twitter, Bahamas Acting Prime Minister Chester Cooper stated that police are investigating the situation, but that “foul play is not suspected.”

The Royal Bahamas Police Force said in a statement that staff at Sandals Emerald Bay in Exuma notified police at the George Town station shortly after 9 a.m. that a tourist was found lifeless in his villa.

The body was discovered on the floor of a bedroom. According to the statement, a second man and woman were almost immediately discovered without a pulse in another villa at the same resort.

They stated that the man was in the bathroom and the woman was on a bed in the bedroom. “The unconscious couple displayed signs of convulsion,” said to the Bahamas police.

Read Also: Ortencia Alcantara And Her Involvement In The Death Of Kevin Samuels

After the doctors pronounced all three tourists dead, the authorities stepped out to confirm that non of the tourists showed any signs of having traumas.

Based on reports from the police, we understand that the man and woman who were found dead in a separate villa in that resort complained of a brief illness the day before.

The police continued by saying they went to a medical facility, received treatment from the health workers there, and went back to their villa.

According to Cooper, a fourth person, a woman, was airlifted to a hospital in Nassau.

Authorities are yet to release the names of the guests, but Austin Chiarella said that his father, Vincent Chiarella, was among those confirmed to be dead.

He stated that his mother, Donnis Chiarella, was hospitalized.

The Kendall Regional Hospital confirmed having a patient with the same name, Donnis Chiarella, and confirmed she was in a stable condition.

The Royal Bahamas Police Force did not respond immediately to a request for confirmation of those identities.

Sandals Resorts confirmed the deaths in a statement, saying that a “health emergency was initially reported” and local authorities were notified.

The woman who was hospitalized was not mentioned in the statement.

“Nothing is more important to Sandals Resorts than our guests’ safety,” the resort stated in a statement.

“During this difficult time, we are actively working to assist both the investigation and the guests’ families in any way we can. We are unable to provide any additional information at this time due to our guests’ privacy.”

The US State Department stated that it is closely monitoring the local police investigation into the deaths and is prepared to provide all appropriate consular assistance.

A coroner’s investigation would determine the cause of death, according to police.