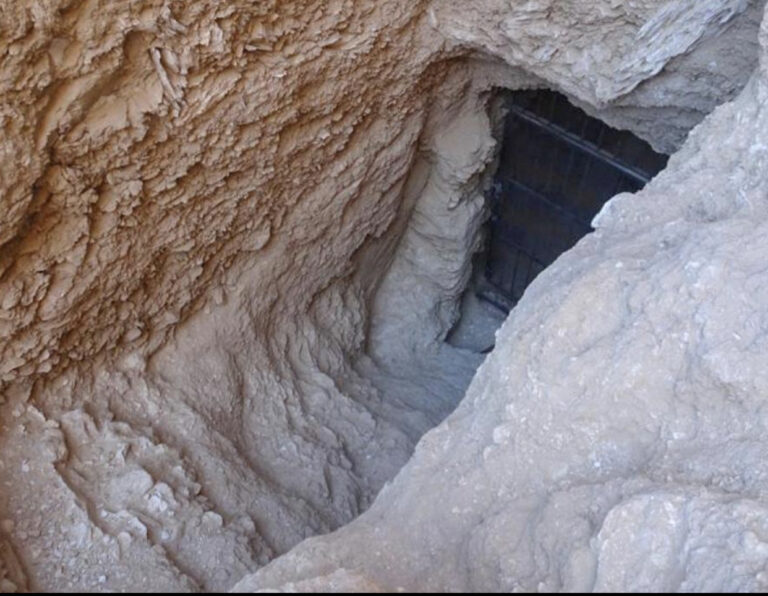 Authorities in Egypt has announced the discovery of an ancient tomb in Luxor dating back to around 3,500 years that archaeologists believe holds the remains of an 18th dynasty royal.

The Luxor tomb was unearthed by Egyptian and British researchers on the west bank of the River Nile, where the famous Valley of the Queens and Valley of the Kings lie, said Mostafa Waziri, head of Egypt’s Supreme Council of Antiquities, said on Saturday.

“The first elements discovered so far inside the tomb seem to indicate that it dates back to the 18th dynasty” of pharaohs Akhenaton and Tutankhamun, Waziri said in a statement.

The 18th dynasty, part of the period of Egyptian history known as the New Kingdom, ended in 1292 BC and is considered among the most prosperous years of Ancient Egypt.

TRT reports that, Piers Litherland of the University of Cambridge, head of the British research mission, said the tomb could be of a royal wife or princess of Thutmosid lineage.

Parts of it including inscriptions were “destroyed in ancient floods which filled the burial chambers with sand and limestone sediment”, Kamel added, according to the antiquities board’s statement.

Fethi Yasin, head of the Egypt team, said the team will continue the archaeological documentation of the excavations and the entire cemetery, which will help give a clearer picture of the architectural planning and artistic elements of the cemetery.