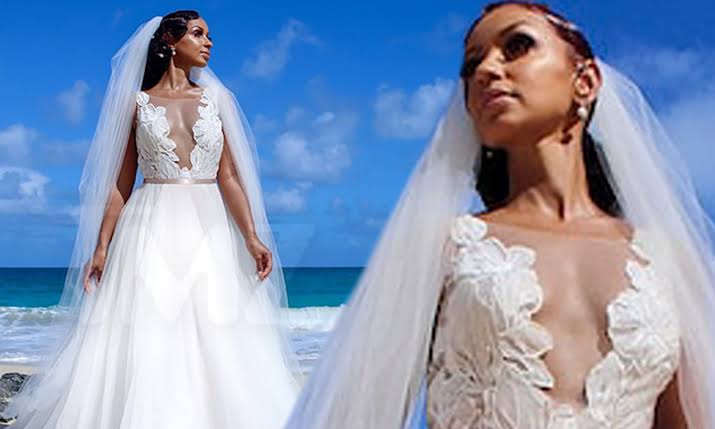 It’s safe to say things are definitely going well for the 40-year-old. Mya has always been extremely private with her life and she is walking down the aisle for the first time.

The singer wed in an intimate ceremony on the island nation off of the African coast. Although it’s clear that Mya was perfectly primped for her surprise wedding day, fans are still clamoring to know who the mystery man is that Mya has chosen as her forever partner. Mya has been linked to a slew of A-list men throughout her incredible music career. Some of those names include NFL players DeSean Jackson and Larry Johnson, as well as music artists The Game and Jay-Z — prior to Beyonce.

The singer, 40, reportedly tied the knot and has been married for a couple of months, according to TMZ. Mya said “I do” to a mystery man in the tropical location of Seychelles, according to a source close to the outlet. Mya looked absolutely breathtaking before she walked down the aisle in a stunning white gown, featuring a floor-length tulle skirt and a glimmering floral bodice. The entertainer’s look was completely romantic for her very first wedding, and the proceedings were very private.

While Mya has seemingly been keeping a low profile in more recent years, she has made appearances on the VH1 series Girls Cruise. The series followed Mya, Lil’ Kim, Chilli, and Wild N’ Out comedians Pretty Vee and B. Simone as they set sail on the ultimate Caribbean vacation. Prior to the reality series, Mya was dubbed the runner-up on the 2009 season of Dancing With The Stars. All the while, the entertainer has still been going strong in her music career, with her most recent album, TKO, being released in 2018.