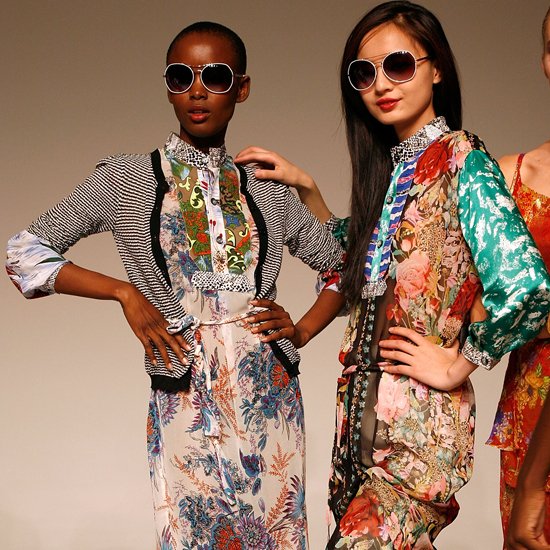 DURO OLOWU is a Nigerian born London based fashion designer, he is best known for his innovative combinations of unique textiles and patterns that is inspired by his international background.

Born in Lagos to a Nigerian father and Jamaican mother, Duro Olowu spent his childhood traveling between Nigeria and Europe. From an early age, his enthusiasm for fashion was inspired by the unexpected mix of fabrics, textures and draping techniques of the clothing worn by the women that surrounded him. Like his father before him, Olowu studied law in England before returning to Nigeria where he practiced for a few years. On his return to London, Olowu pursued his true vocation, a career in fashion, starting his eponymous label at the end of 2004. His first collection was an instant hit with fashion editors and buyers worldwide and an international sell out in its worldwide stockists at the time, including Barneys in New York, Harrods in London and Maria Luisa in Paris.

It featured the now signature “Duro” dress, hailed by both British and American Vogue as the dress of the year in 2005. That same year, he won the ’New Designer of the Year Award’ at the British Fashion Awards, the only designer to have ever done so without a catwalk show.

Olowu was also awarded Topshop’s ‘NEWGEN’ sponsorship for his first three catwalk shows as part of London fashion week beginning in 2007.  In 2010 he was named Best International Designer at the African Fashion Awards in South Africa as well as being one of 6 finalists for the Swiss Textiles Award in Zurich.

His notable designs has been one of the former first family Of the United State’s(The Obamas) choice as they were seen repeatedly wearing his designs in several occasions.

His curatorial projects “Material” 2012 and “More Material” 2014, at Salon 94 Gallery in New York met with high critical praise by both the art and fashion world cognoscenti, including Roberta Smith of the New York Times, Art forum and American Vogue.

He lives between London and New York.